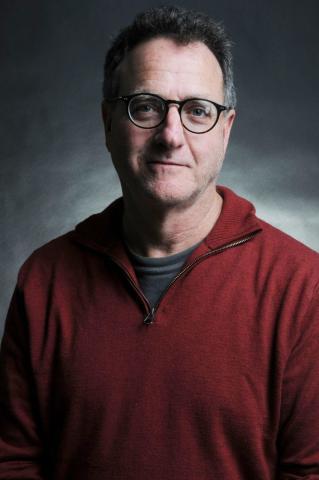 In accepting a faculty position at the University of the Arts last month, artist Dan Clayman became the first endowed chair of glass in the history of the Philadelphia institution that  has one of the oldest glass programs in the U.S. (Harvey Littleton's student Roland Jahn built the first glass furnace there with the help of then-student Dan Dailey in the 1960s when it was called The Philadelphia College of Art). The program has a reputation for being under-resourced, but glass seems to be enjoying a renewed focus there. The hiring of Clayman as the newly created "Effron Family Endowed Chair in Glass" seems to be part of that larger initiative. Though this will be his first full-time faculty position, Clayman has of late been increasingly involved with education as a visiting instructor at the Masachusetts College of Art and also at Tyler, which happens to also be in Philadelphia. (Disclosure: Clayman is also a key advisor to the biannual Robert M. Minkoff Foundation Academic Symposium at UrbanGlass.) The Glass Quarterly Hot Sheet caught up with the busy artist who now divides his time between Philadelphia and Providence, Rhode Island, where he maintains a large studio, to talk about his latest move.

Glass Quarterly Hot Sheet: What made you decide to take this position at this point in your career?
Dan Clayman: Last December, someone on the board asked me to come and and talk to the university president David Yager about what might happen here. I didn't know the search for a new head had been started, but I met with the search committee to talk about what the mission of the school was in terms of going forward with glass. They're really trying to change the school, and are committed to building a new glass studio. Glass is not called a program here, but is wihtin the department of craft and material studies. University of the Arts is the oldest art school in America, and though it has one of the oldest glass programs, it never went above a simmer, it never turned the gas up. I saw that there is a real commitment to do that now, and I thought it was too good of an opportunity, and in terms of my life, so I said, yes, let's make it better.

Glass: Did this flow out of your time at Tyler?
Clayman: I don't think I ever made it down Broad Street, I was so focused on my projects at Tyler. This really came out of a dinner I was at where Brian Effron and I were seated next to one another when he asked me if I teach. It literally went from this conversation, and five or six months later, I was one of three final candidates. I went through the whole search process, worked really hard through that. And with my hire came a promise to support the glass program in a way that it hadn't been. I have a mandate to increase what wer'e doing here, and we should have a new studio within 30 months. I'm shooting for two years.

Glass: What does this mean for your own art practice?
Clayman: I have a robust gallery career, but it's the commission projects and my big visions that are one of the reasons I could take this. They really want my practice to continue, they’re really committed to allowing me to do that, and that's the reason that I accepted. It's also because the landscape has changed in all that we do in terms of the galleries, and the advent of the art fair.

... As I turned 60, I felt like when this opportunity came up, this is really an opportunity to do something besides my work that will be left in perpetuity. ... It's a really ripe time for me, just because I feel I have a lot under my belt, and a lot more to do as an artist, I get a charge out of students, and so that year at Tyler really was one of the formative years, because I was just around the students all the time, and when I was at MassArt in 2016, I really enjoyed being part of a community. While I love being in my studio alone, 35 years into being in my studio alone 7 days a week, I began to look outside more.

Also one of the things that excites me – I can take classes at all the universities here. And it's just so different to call a physics department with an inquiry and say I’m the glass coordinator at UArts. That gets me into a lot more places
than "I’m an artist from Providence." This is kind of an exciting time for me, to shift every minute from being in the studio, trying to get the next project, trying to get the project for the next thing, this is an exciting opportunity to step out of that.

Glass: How does your recent focus on large-scale installations and public art projects figure into this new position?
Clayman: I'm continuing to do my own projects and currently have two or three things going. One is a project with federal funding, and I have two or three other projects percolating that satisfy that part of what I do. And finally, being part of a faculty has really reignited my interest in the printmaking process, and offers access.

I think what really was my selling point is that I've spent 35 years in the field, and this is my first full time teaching job. I've
built studios, and while I’m going to work my butt off, I have a skill set very appropriate to this position right now. I have a group of people, especially because I’m not a hotshop person, I have a wide network, which I've worked hard to build.

Glass: I understand University of the Arts is building a new glass studio facility?
Clayman: We should have a new studio in 30 months. I don't want to have a glassblowing studio where that's all you want to do. I want to teach blowing, and to have students leave school with a good skill set, but I really want to teach a love of the material. Being a sculptor, being a designer, being a craftsperson. Glass is exploding in architecture, and I hope that we can partner with other schools for short-term residencies. Once I've vetted students, I hope to be able to send him or her off somewhere for a week-long experience, not a major commitment, but I want to create a program that is broadly informed. I don't want it to be just Dan Clayman's point of view, but tailored to each student's interests and strengths. I want to make those practical connections.

Glass: Do you plan to move to Philadelphia for this position, to relocate from Providence?
Clayman: No, I don't. I told the university that I couldn’t replicate the studio I've built in Providence. I have 10 more years I’m going to be really jamming on it, 15 or 20 more years if I’m lucky. I didn’t want to invest time and energy to build what I built 10 years ago. I have a dream studio, my wife, Terry, is working in Providence, my family is there. So I have a three-year contract at University of the Arts, I have a beautiful little apartment, exactly what I wanted. I walk through Rittenhouse Square to get to work here. I come in on Amtrak Sunday night, go home Friday. I’m going to work a full week here, it is a little intense right now.

Glass: What do you think is driving this new focus on glass at University of the Arts?
Clayman: I met the president, David Yager, and he’s shaking the place up, and it's exciting to be a part of that process of what he's doing in Philadelphia.