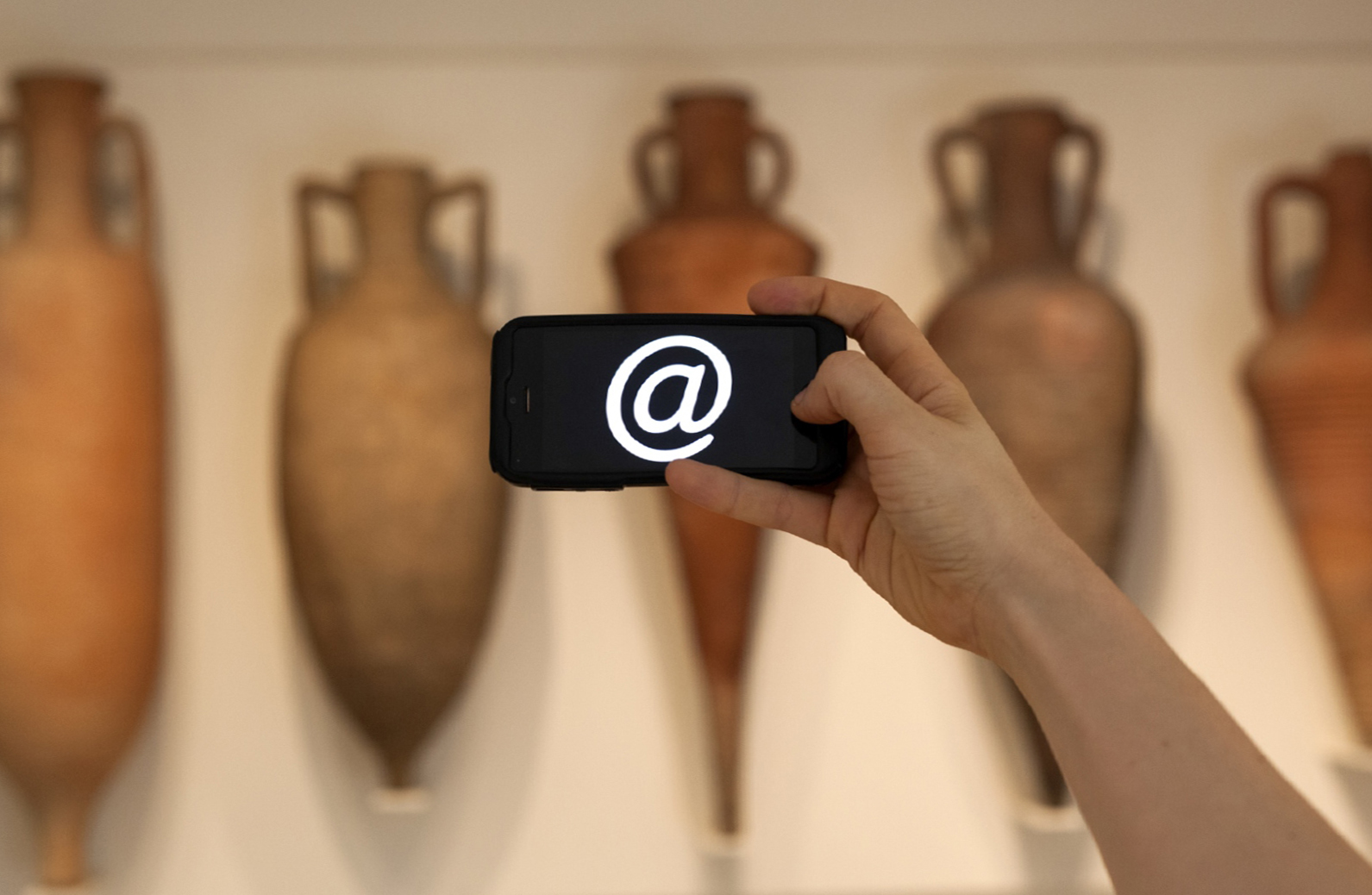 Carried on Both Sides, research image, 2016. courtesy: the artist

New York-based artist Caroline Woolard set out to satisfy her curiosity about the links between an ancient container to transport liquids and a ubiquitous symbol of our contemporary digital moment. For good measure, she extends this inquiry into speculation on how this typographical element might further evolve. This journey into the past, present, and imagined future of the symbol for digital communication "@" is the subject of her project Carried on Both Sides, which she will be discussing at the Metropolitan Museum of Art this Friday evening, July 28, 2017 with her collaborators present. To realize the project, Woolard partnered with glass artists Helen Lee and Alexander Rosenberg as well as textile artist Lika Volkova during residencies at the Pilchuck Glass School and UrbanGlass. She explained her intent for Carried on Both Sides in her proposal for the residency at Pilchuck as a project “that traces the transmutation of an ancient vessel into a common computer symbol -- the @ [at sign]. Our work links 6th-century terra cotta and glass amphorae to the handwritten @ of 16th century mercantile scripts to the ubiquitous contemporary vector graphic we use in email and in social media.” 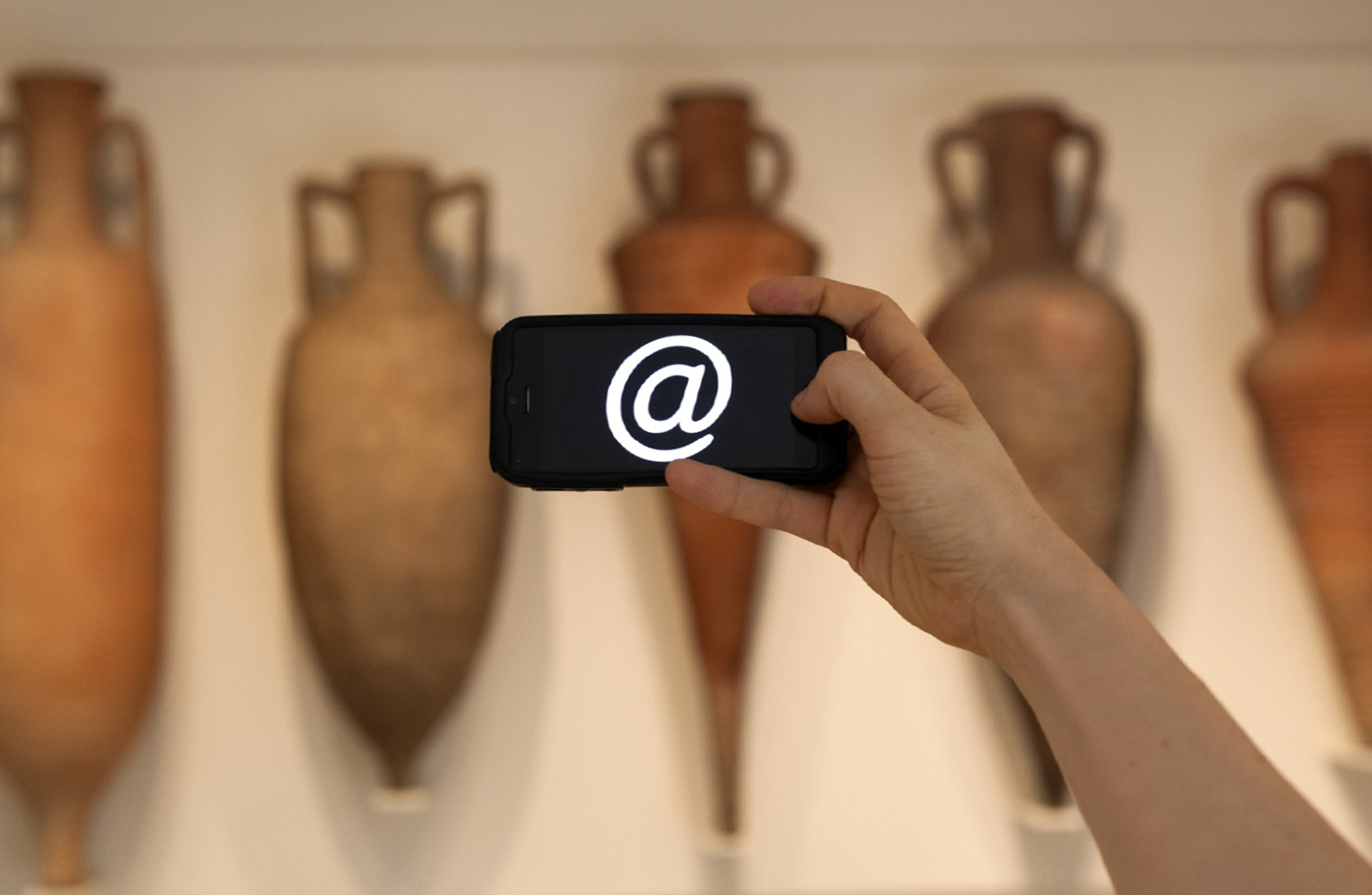 Woolard (who will be presenting on another subject at the upcoming 2017 Robert M. Minkoff Foundation Academic Symposium at UrbanGlass in October) delved into the topic after reading research by La Sapienza University history of science professor Giorgio Stabile, who discovered a 16th-century letter in which the @ symbol was used to refer to the amphora, a terra cotta or glass vessel whose use stretched back to Ancient Rome as a means to store and transport food items like wine and olive oil. The term "amphora" translates into “carried on both sides,” the source of this project's title. 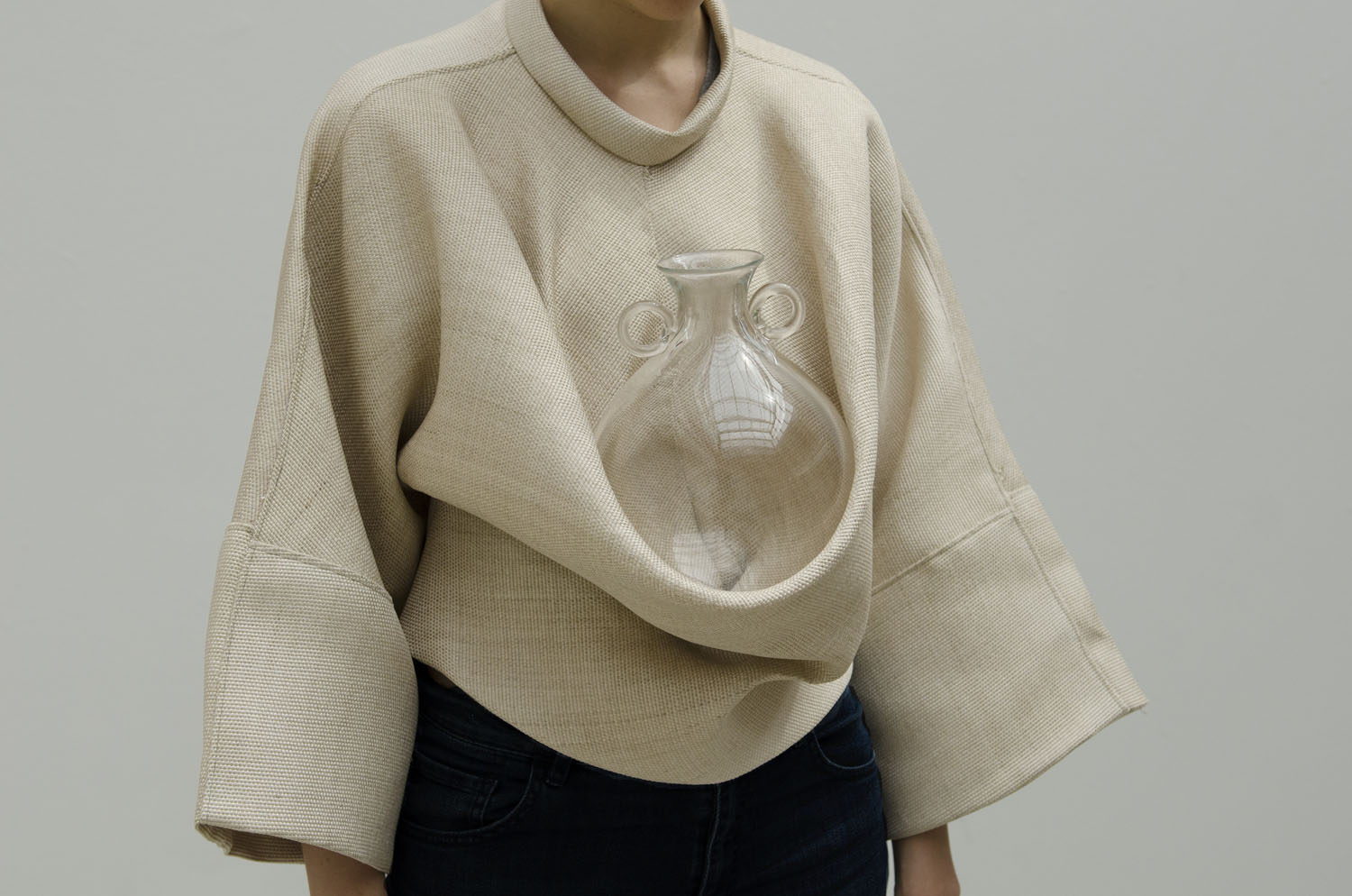 “We knew that our common emblem -- the bald eagle -- can be traced back to a myth of the founding of Rome, but I didn't know that the @ symbol can be traced back to vessels that were used by conquered people to pay their tributes back to Rome,” she said in an email exchange with the GLASS Quarterly Hot Sheet. “A professor of the history of science made a discovery, tracing the @ back to the Roman empire. He said, ‘No symbol is born of chance. The @ has represented the entire history of navigation on the oceans and has now come to typify travel in cyberspace.’”

The link between past and present uses of the @ symbol inspired her to contemplate what meanings might possibly accrue to the symbol, or some modification of it, in the future. “We are now in an economic era that Jodi Dean calls ‘communicative capitalism,’” she said. “In the 19th century, the capitalist imperative was to produce -- today it is to communicate. With e-mail and social media, many of us are online constantly.”

Woolard's project was featured in a recent episode of PBS’s Art21 series, “New York Close Up,” in which she shares her ideas on what this symbol could come to denote in the future. “What if the amphora could unroll and becomes a wave or line,” she ponders in the voice-over in the video. “What if the imperative to communicate that we have right now is an imperative to rest?”

Woolard’s collaboration resulted in the production of carved wooden columns, hand blown glass amphorae, glass murrina, a single-channel video and soft sculptures made of kevlar. Throughout the research process that went into creating these objects, Woolard cites The Met as a significant source of inspiration and information to her, as she frequented the museum’s amphorae in the Greek and Roman galleries and utilized their online database. To pay tribute, Woolard will be hosting the talk at the Met, where she will lead guests on a tour to showcase specific works from the Greek and Roman collections that influenced her work -- including the two glass miniature amphorae (jars), the huge Sardis column and the amphorae in the right corner of the upper room. 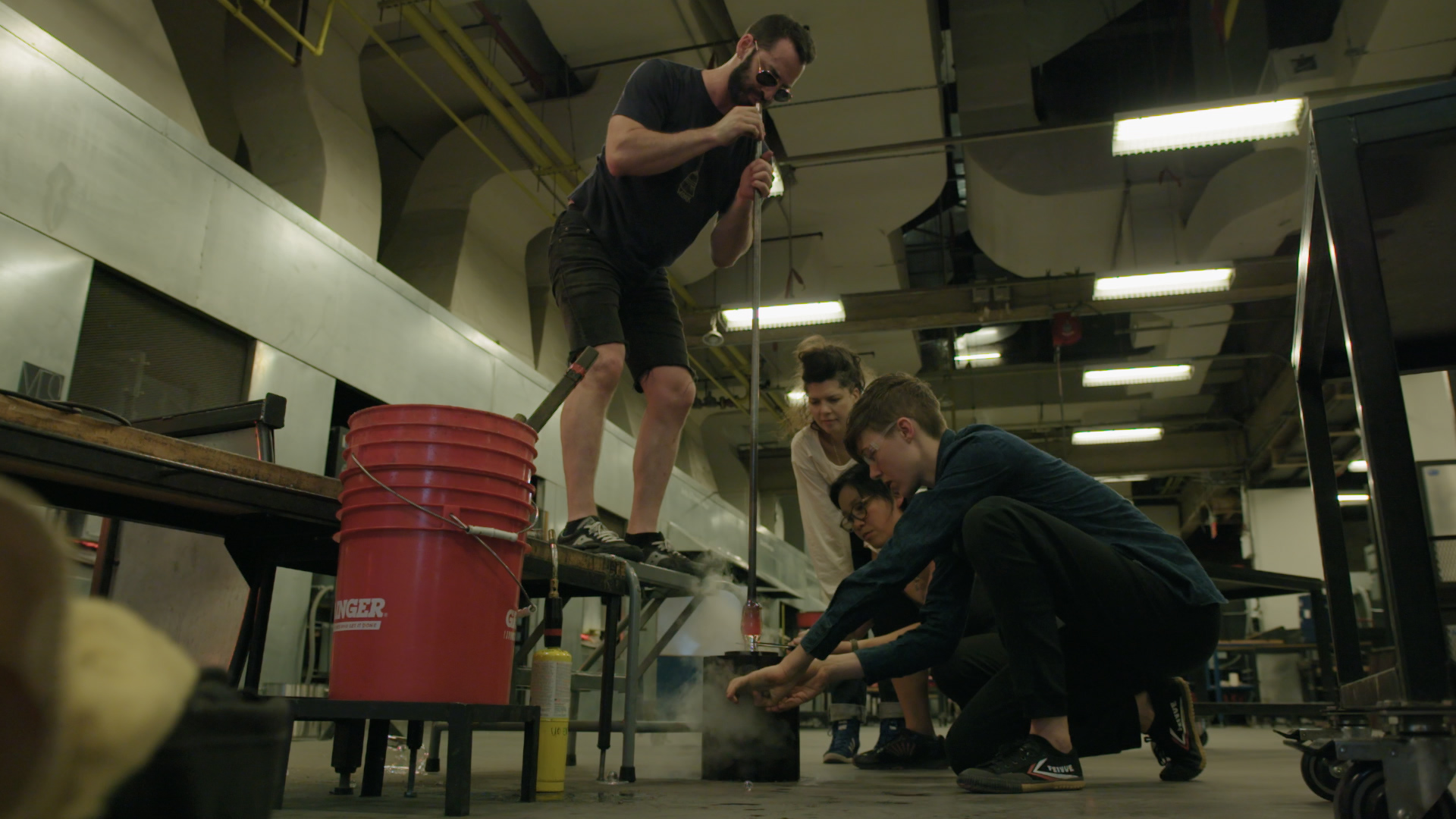