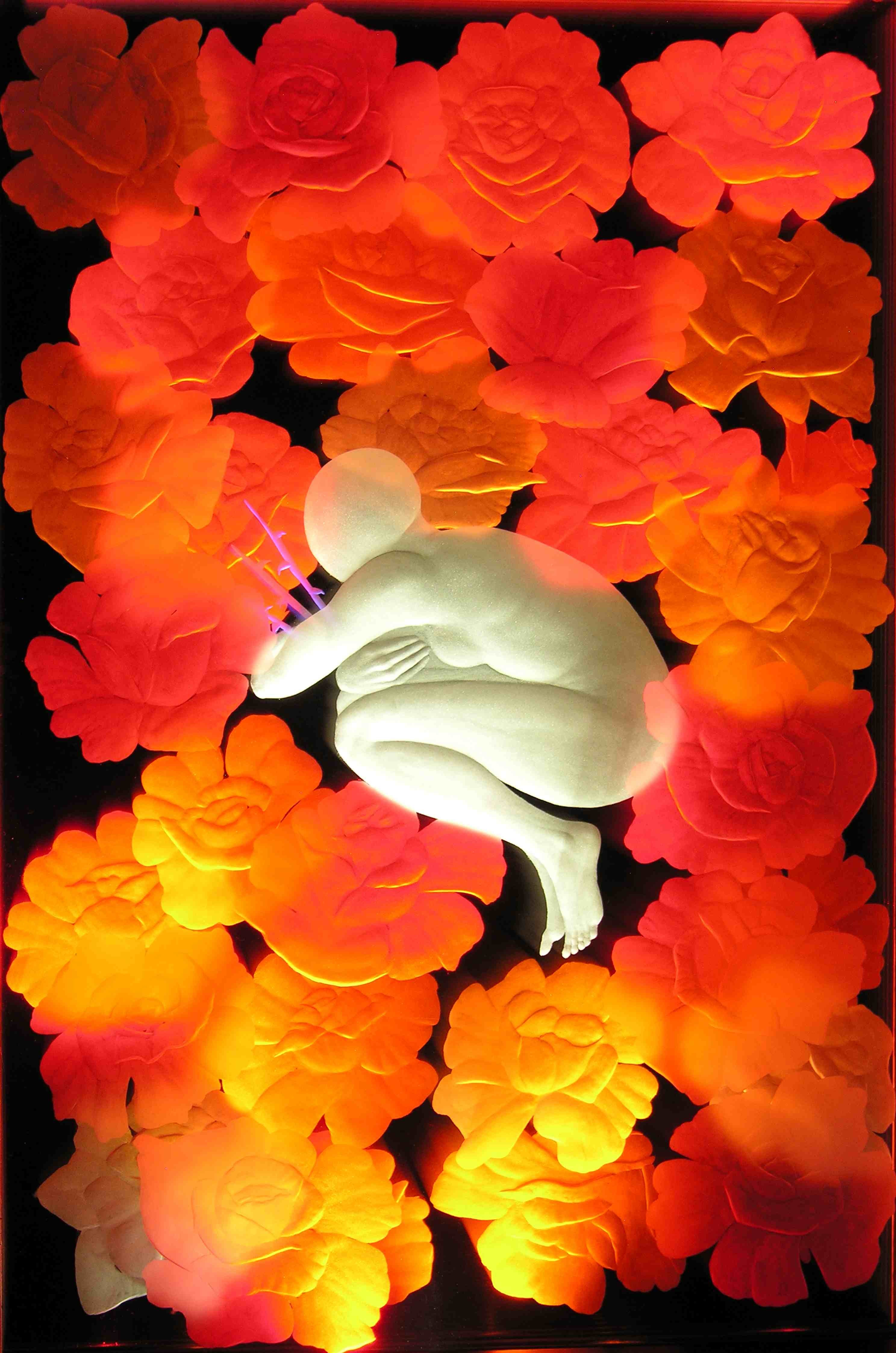 In a former church in the Scottish countryside just 12 miles south of Edinburgh, Alison Kinnaird works at her copper engraving wheel and plucks away on her harp. Her large-scale, figurative panel pieces as well as her traditional harp music are the artist's pursuits of forms of expression that are universal, something that can be found in the recesses of tradition as well as the cutting-edge. An upcoming exhibition in her studio will feature multiple smaller scale works as well as two installations, one of which has been touring Scotland since 2014. The exhibit, entitled "Art in Glass" will open on August 4, 2017, as a part of Edinburgh’s Festival Fringe.

Kinnaird marries the traditional and the contemporary both in technique and in concept by using recognizable but unidentified human forms to illustrate concepts such as the pain of war and the fragility of life—a perfect opportunity to exploit the unique properties of glass to depict timeless concepts. Aside from the copper-wheel engraving that she uses to create most of her pieces, Kinnaird uses modern technology to bring in new elements. She said in an email exchange with GLASS Quarterly Hot Sheet, “Tradition is important to me, but I see it as a living thing, a moving point, which is also truly contemporary.  So wheel engraving is an ancient technique which has much to offer the contemporary artist, and I also feel comfortable combining it with cutting edge technologies such as LED lighting, or water-jet cutting, which give so many new and beautiful possibilities.”

Both of these elements are instrumental in achieving Kinnaird’s desired textures and aesthetics. “Copper wheel engraving can give a unique quality of surface and subtlety of modeling, which I think ideally suits the sheen of skin and play of muscle in the human form,” she said. However, these textures can only achieve so much without the proper lighting. Kinnaird heavily emphasizes light and color, which bring life to motionless figures. “They help the engraving to really come alive, and to be seen in the way that I want it to be seen,” she said. “Engraving is often poorly displayed in museums and galleries.”

This exhibition, which will also include an “open studio” where visitors can watch Kinnaird work, will feature two large installations among other smaller pieces. The first is “Unknown,” a troop of dozens of glass soldiers, which just returned from two years of touring Scotland’s historic war sites. Kinnaird said, “It is my own angry response to today’s conflicts.  Glass seemed the perfect medium in which to comment on the fragility of life in war.” The other, “Threshold,” is a series of five doors featuring various ambiguous human figures. “They are about transition, mortality and impermanence,” she said. “We are all always looking both forward and backward.”