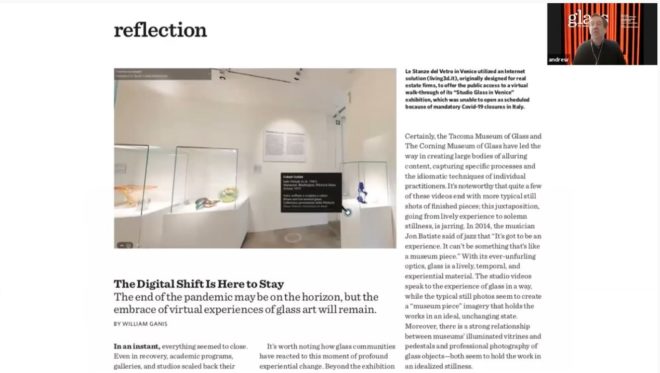 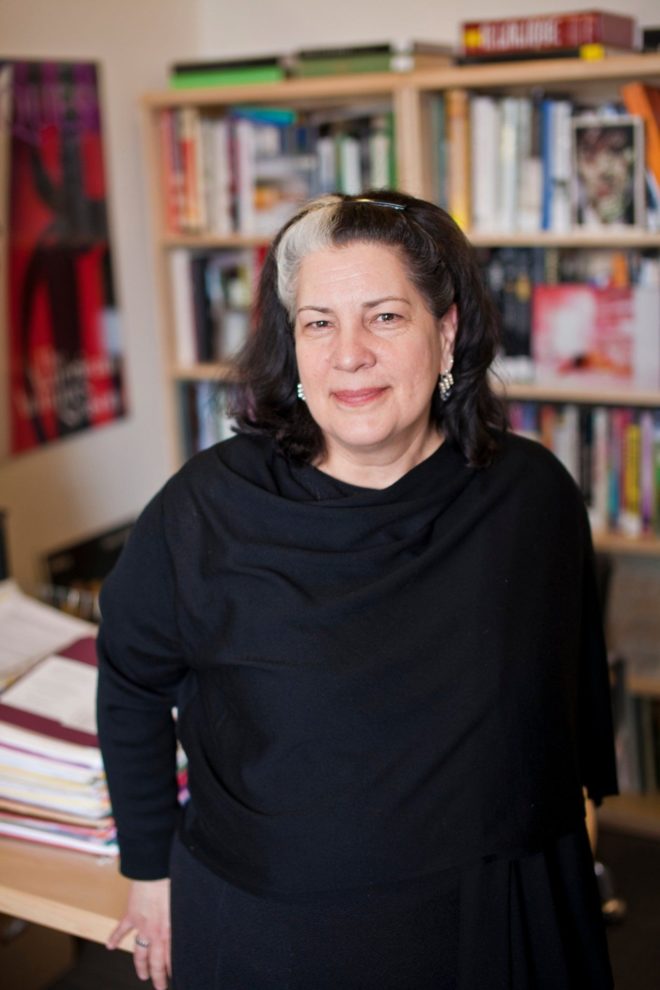 Fresh from co-curating the Stanze del Vetro exhibition "Venice and American Studio Glass," Tina Oldknow will be discussing the cross-pollination between two distinct glass cultures in her upcoming Art Glass Forum: New York lecture, which will be taking place on Zoom at 6:30 PM EST on Tuesday, April 13, 2021. Oldknow, a former curator of modern and contemporary glass at The Corning Museum of Glass, will trace the import of Venetian traditions and techniques to American glassblowers, who had been taking an experimental approach to freeing glass from the industrial facilities and ecosystems that defined the material. She and co-curator William Warmus assembled over 150 works by American and Venetian artists and designers to document how the creativity flowed both ways in the exchange as both Americans and Venetians benefited by the renewed creativity and vibrancy of a historic craft language. 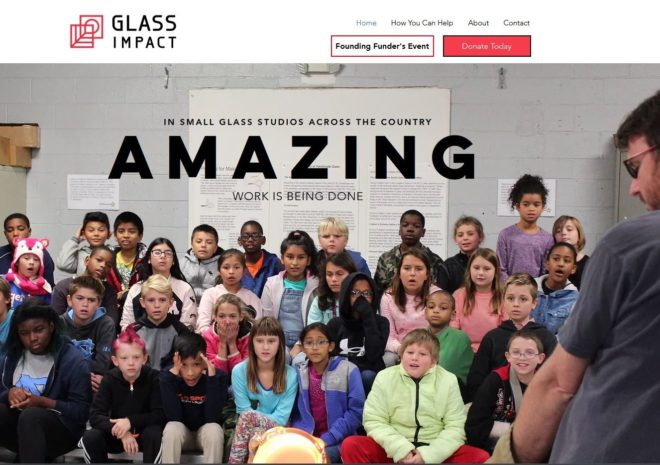 The glassimpact.org website features a glassblowing demonstration at STARworks in North Carolina.

In glass-art studios across the country, a more diverse community of artists is being forged thanks to the work of nonprofit arts centers around the U.S. that are reaching out to younger artists of diverse backgrounds as part of their mission. From GlassRoots in Newark, New Jersey, to Firebird Community Arts in Chicago; from Public Glass in San Francisco, California, to FOCI Minnesota Center for Glass Arts, these organizations banded together during the early days of the Covid-19 pandemic to launch a collective fundraising effort they have named "Glass Impact." (Disclosure: UrbanGlass, which publishes the Glass Quarterly Hot Sheet is among the member organizations of Glass Impact). The remaining organizations in the coalition are Hilltop Artists in Tacoma, Washington; North Carolina Glass Center in Asheville, North Carolina; and STARworks NC in Star, North Carolina. 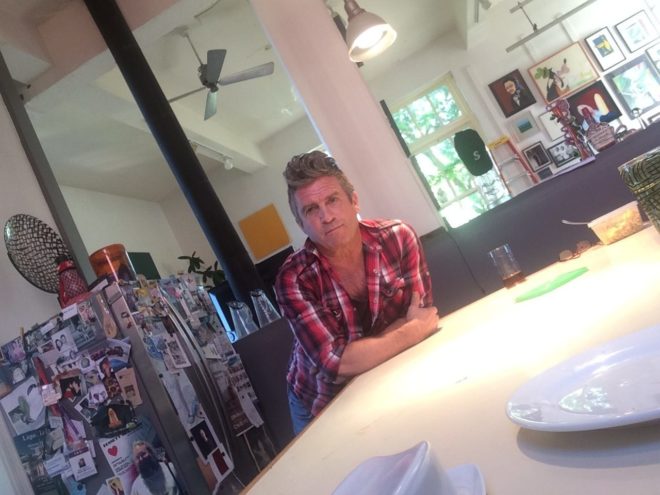 Dante Marioni is widely acknowledged as one of the top virtuoso glassblowers in the U.S., and was perhaps the first American to learn through an informal apprenticeship with Lino Tagliapietra, the Muraese maestro. Marioni has never been content with simple mastery of traditional techniques but has spent his career seeking new ways of applying them. The goal is to make something never before realized in glass, and he's spent past decades locked in a competition to outdo himself. Case in point is the new body of work he developed over the course of the pandemic in which he takes complex cane patterning to a new level. Walking around one of the flattened vessels, each close to three feet in height and perfectly on center, a viewer is entranced by the active shimmering of the intricate canework on the surfaces. Because of the flattening, the vessel's front and back walls are in close proximity to one another, creating a vivid moiré effect that dazzles the eye. The Glass Quarterly Hot Sheet discussed this bold new body of work with Marioni on the eve of his April 9, 2021, exhibition opening at San Francisco's Montague Gallery, where the aptly titled show "Intersections" will remain on view through May 22, 2021. A virtual Zoom opening will take place with the artist present at 12 noon PacificTime (3 PM EST) on Friday, April 9, 2021, which you must register for in advance. 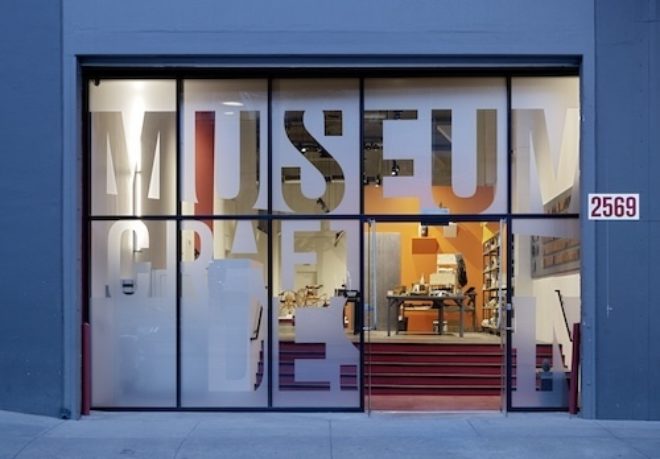 The Museum of Craft and Design in San Francisco has issued a call for entries for an exhibition entitled "Call & Response: Craft as a Tool for Activism," which will be juried by curator and writer Glenn Adamson; sculptor and designer Ebitenyefa Baralaye; and artist, educator and Public Glass executive director Nate Watson. The top three submissions will be offered prizes of $1,000, $500, and $250 respectively. 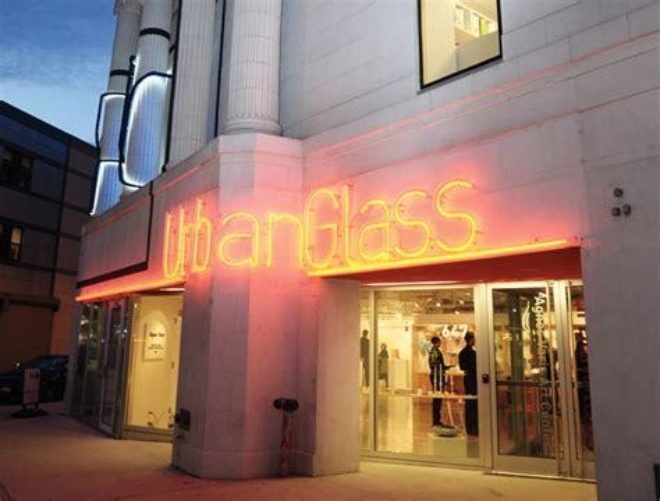 UrbanGlass, founded in 1977 as the first artist-access glass center in the U.S., is seeking applicants for the newly created full-time position of Deputy Director. Serving more than 15,000 professional artists, designers, and students, the Brooklyn-based nonprofit is expanding its leadership team. Reporting to the Executive Director, the Deputy Director will provide operational oversight and management of the 17,000-square foot-facility, the largest of its kind in the U.S. Responsibilities range from management of safety preparedness to overseeing the nonprofit's event-rental business. 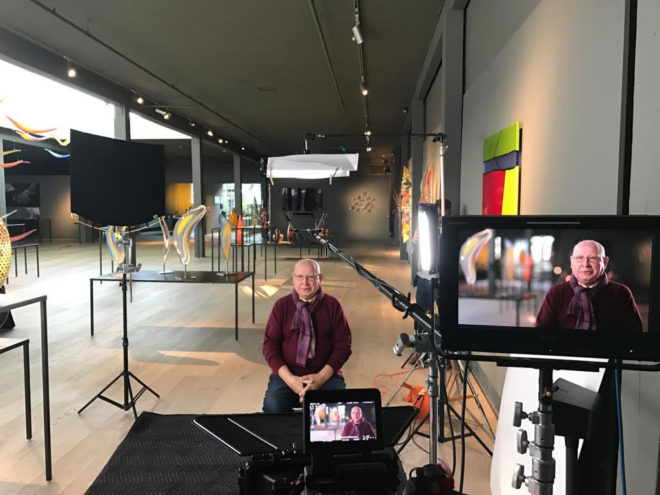 There's been no shortage of attempts to document on video the unique phenomenon that is Lino Tagliapietra, the supremely talented Muranese maestro who made the radical decision to leave the island and the traditional hierarchies of the centuries-old glasshouses to travel the world as a teacher and as an artist. Many filmmakers have labored to capture on camera his lifelong quest to expand on the time-honored skills he learned through apprenticeship and punishingly long hours at the factory bench, bringing to them his refined international sensibility that draws inspiration from art, architecture, and cultural explorations around the globe. What's sets Lino Tagliapietra: The Making of a Maestro (available for streaming on Amazon Prime) apart from many other notable cinematic efforts is that from conception to execution, the project is strikingly intimate and insider -- no surprise given the central role played by Jacopo Vecchiato, Lino's grandson and executive manager, a prime mover behind the project. Directed by John Forsen (of the 2015 documentary Pilchuck: Dance with Fire), and with celebrity narration by Alfred Molina, the film is replete with lush scenes from the hotshop, in which the fire, sparks, and smoke are savored in slow motion, as well as the requisite glittering panoramas of the Venetian Lagoon. But this film is also a rare opportunity for Lino to tell his own story in Italian. The maestro is very proud of his abilities to speak English and often resists presenting with an Italian translator, but in this film, Lino's interviews in Italian (with English subtitles) reveal new details of Lino's biography in his own words, and with a fuller range of expression in his native tongue. 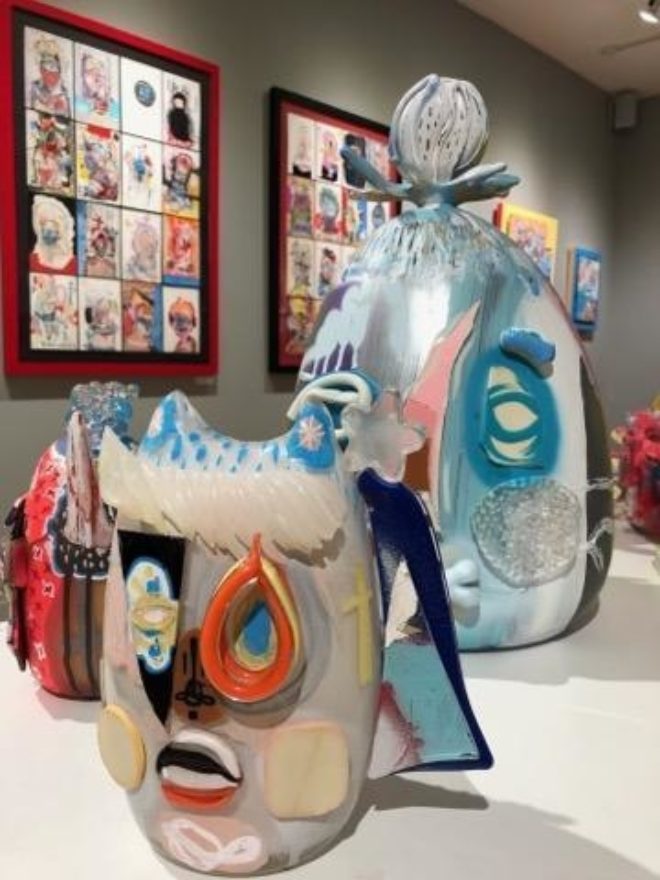 Alex Krueger, a Chicago-based educator and mixed-media artist, is opening his first solo show at Vertical Gallery, where the exhibition entitled "Cadaver one" will remain on view through March 27, 2021. Though he uses a handle -- "AKA Crop" -- he is not a pipemaker, instead blowing and hotworking his glass sculptures at the furnace before adding to them with acrylic paints. His alias is a relatively new development that came about when Krueger submitted to a sticker competition at Vertical and wanted to remain anonymous during the judging (he got into the show and is now represented as a gallery artist). Vertical Gallery shows an international roster of Street Artists, a term that is used to try and capture various modes of expressive resistance to the prevailing culture that encompasses graffiti and mural-making among other approaches. This type of artwork has an uneasy relationship to the contemporary art gallery scene (see Banksy, Basquiat, et al), though it is a growing sub-niche of the Outsider Art field. The Glass Quarterly Hot Sheet recently caught up with Krueger to talk about his unique approach to adding paint to the glass objects he creates. 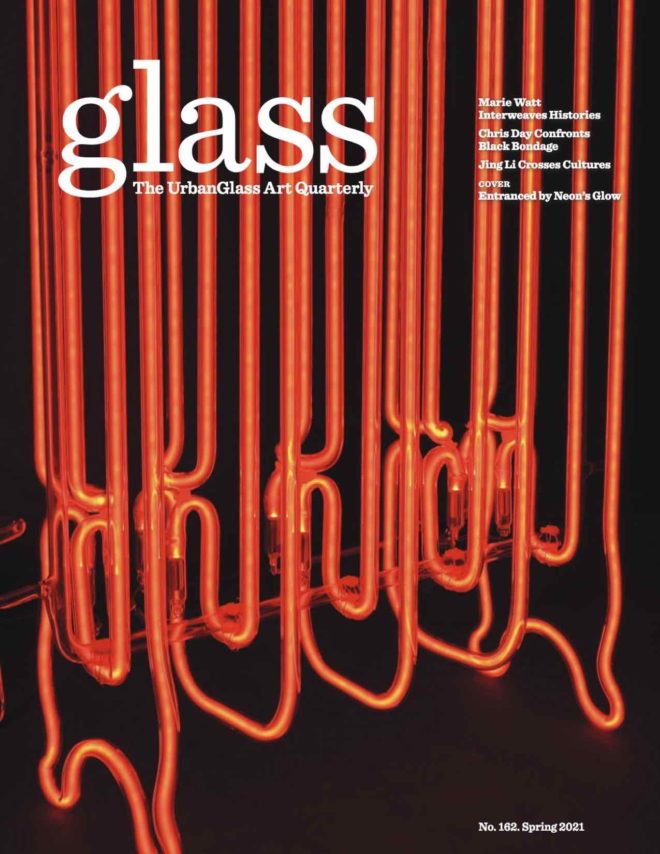 The Spring edition of Glass: The UrbanGlass Art Quarterly (#162) is hitting newsstands and subscriber mailboxes. On the cover is a radiant neon work by Amy Palms, one of the artists discussed in our cover article by Victoria Ahmadizadeh Melendez tracking how, despite decades of predicted obsolescence, neon endures, fueled by the shared interest of a diverse group of artists and archivists and their love of this unique form of glassmaking. 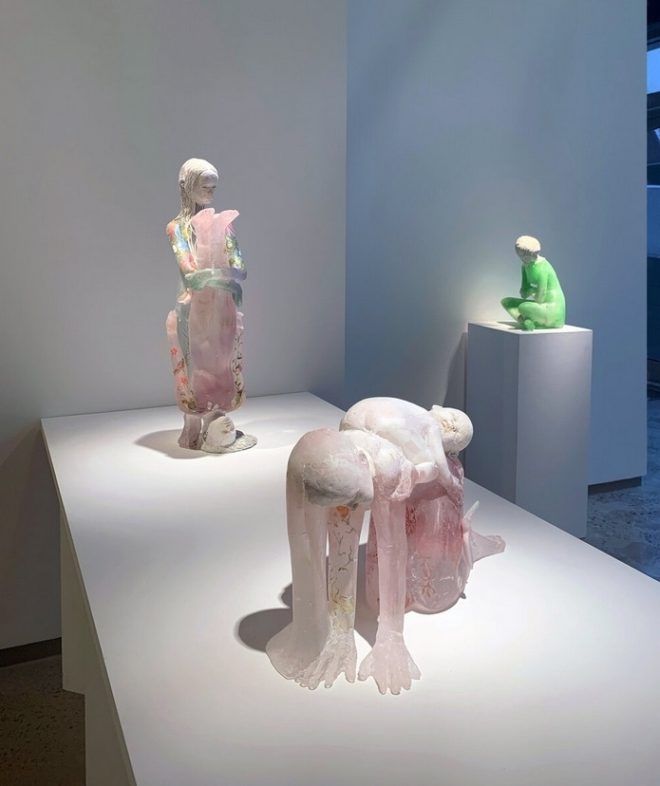 Christina Bothwell, whose ruminations about making it through challenging times were featured in the Spring 2020 edition of Glass (#159, our special "Survival" issue), has unveiled the artworks she's been inspired to create through the Covid-19 pandemic and its attendant anxieties and uncertainty that have shaped our tumultuous political and economic times. Bothwell will discuss the new work and what it responds to in real time during a special online conversation Thursday, February 18, 2021, at 5:30 PM (Free with registration via this link). The presentation serves as an opening event for her Heller Gallery exhibition entitled "Luminous Dreams in Cataclysmic Times," which runs through April 3, 2021, and includes works in glass and ceramic, some with their textured surfaces heightened with oil paint.