Generated by artists and scientists, indexes of the color spectrum have aimed to organize and display the full range of natural colors. These indexes, numerous as they may be, have never satisfied our want for an unequivocally complete diagram of the visible light spectrum. Anamorphic stage sets had a brief but important heyday in Europe during the Baroque Era. An attempt to create an illusion of space led to the development of sets designed to bias a single, correct, privileged point of view for one particular seat in the theatre, that of the Royal box. In our current cultural condition where solipsistic delusions bypass agents of intellectual authority and slip directly into public discourse and government policy, the mechanisms by which truth and reality are interpreted and defined should certainly be better understood.

Late in the Fall of 2016, David King began the concerted task of producing, in blown glass, a specific color. The color is hard to name but they would undoubtedly recognize it if they saw it. A color they associated with their Mother: her perceived favorite color, the paint tint of the Volkswagen Vanagon she drove in their childhood, the hue of the heavy, cable knit sweater she wore all the time, the accent of the wallpaper covering their childhood home. All due to her unabashed preference. Not quite maroon, neither is it burgundy. Eggplant has too much violet and crimson is far too red. Aubergine...maybe? It doesn’t necessarily need a name. The search for a means of producing this color in glass was initiated to create a vessel to hold the ashes of the artist's mother.

Judith Anne Marie Bene King passed peacefully, though unexpectedly and suddenly in October of 2006. How does one deal with loss when they never had the opportunity to say goodbye, let alone, never even considered the reality that one would be necessary? This is manifested in several iterations, including a library of colors in the shape of the artist’s favorite books on a shelf. Similar to a parent - a voracious reader of a parent, at that - the shelf portrays salient information that has added up to a lived, imagined, and understood, if confused, experience. Coincidentally, when white light is refracted through a prism on both ends of the spectrum, both towards a deep, dark red and the deepest violet, the color at the fringe, fading into black and falling off the edge, is that specific hue: the one in which the artist would so desperately like to experience, for just one moment more.

David King makes objects, installations, and drawings that address the transiency of perception. After earning an MFA from Tyler School of Art, King presented as an Emerging Artist at the 42nd Annual Glass Art Society Conference in Toledo, Ohio. He was awarded a fellowship at the Creative Glass Center of America at WheatonArts and has been an artist in residence at the Pilchuck Glass School, Sunderland University and STARworks glass lab. King has taught at the Ohio State University, University of the Arts, Tyler School of Art, Salem Community College, Pilchuck Glass School, UrbanGlass and North Lands Creative Glass. His work has been shown internationally and was recently part of the Corning Museum of Glass exhibition, New Glass Now. King is also a founding member of the artist collective, Flock the Optic, who combine glassblowing with interactive installation, sound manipulation and relational interventions. King is currently a Visiting Assistant Professor of Art at Centre College in Danville, KY.

David King's Reduced to Uncertainty is presented through UrbanGlass’ Window Gallery / Community Activation Project, an open call for emerging artists to present exhibitions, performances and other community-engagement programs in our ground-level Rockwell Street windows. This exhibition is a part of the 2019-20 series curated by Yael Ebon of Tiger Strikes Asteroid Gallery. 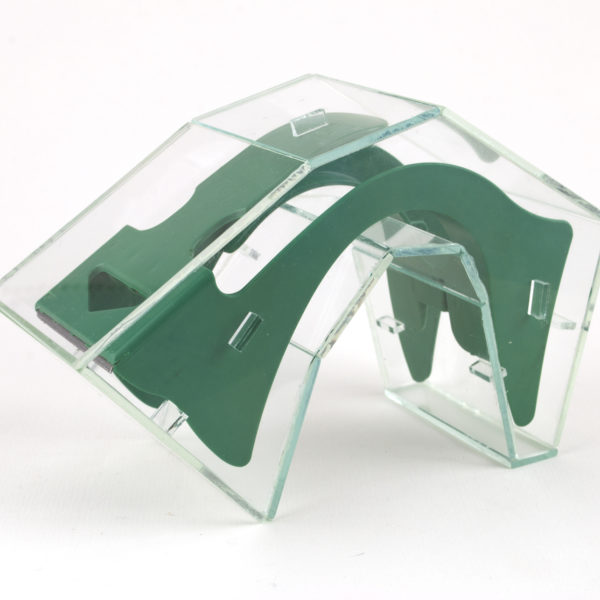