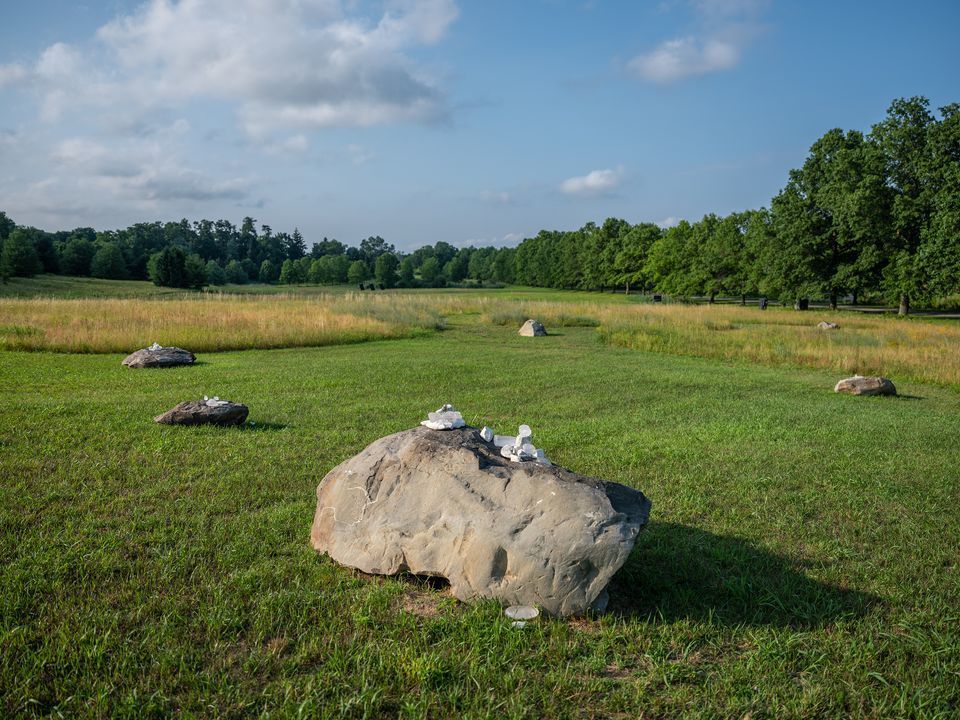 As peak leaf-peeping season descends on the Hudson Valley in New York, the Storm King Art Center—celebrating its 60th anniversary this year—offers a sanctuary from the chaos of 2020, reminding us of the irrefutable power of art and nature.

The beloved outdoor art centre was originally envisioned as a museum devoted to Hudson River School painting in 1960 by its founders, the late H. Peter Stern and Ralph E. Ogden. It gradually shifted its focus to Modern sculpture and swelled to its current 500 acres as works and installations by artists like David Smith, Isamu Noguchi and Roy Lichtenstein began to populate the landscape.

Beyond its visually rapturous value, the Storm King region also had a pivotal—but lesser-known—role in the development of American environmental law and policy. After petitioners contested the construction of a hydropower plant near Storm King Mountain in 1962, President Lyndon Johnson pledged to “end the poisoning of our rivers and the air we breathe”. He signed the Storm King Doctrine, a law for the preservation of sites of aesthetic or recreational value.

The document protected the landscape around the art centre, which was named after its proximity to Storm King Mountain, and eventually led to the National Environmental Policy Act of 1969, a cornerstone of the environmental grassroots movement that grants citizens legal standing to protect the environment.

The artworks in Storm King underscore the natural beauty of the Hudson Highlands, and recent projects like the exhibition Site Ecology: Land, Leadership Art—which the centre launched virtually earlier this year after it was forced to shutdown its anniversary programming amid the Covid-19 pandemic—continue the conversation around the centre’s environmental efforts, as well as its significant commissions, including Richard Serra’s Schunnemunk Fork (1990–91) and Andy Goldsworthy’s Storm King Wall (1997-98).

John P. Stern, the son of the Storm King co-founder who became the president of the centre in 2008, says the centre is “honoured to have worked with talented artists at every moment in their careers and to have fostered meaningful, lasting relationships as a result”. Storm King’s anniversary “not only celebrates Storm King’s legacy but also highlights collaborations which have inspired some of its ambitious works”.

In their own words, artists share how Storm King has inspired them and share their experiences working at the centre: Martha Tuttle, A stone that thinks of Enceladus (2020) (installation view). Outlooks: Martha Tuttle is on view from until 9 November, 2020. Photo: Jeffrey Jenkins. Courtesy of the artist and Storm King Art Center.

“My first strong impression was when [the Storm King team] came to visit me at UrbanGlass, where I was casting the glass stones for my project. We had quite a deep conversation, but also it was kind and lively and fun, which has come to summarise how I feel about the Storm King in general—profound, kind, fun. It has been beyond beautiful to go up there several times in the last few months and to see people acting with buoyancy and lightness—folks sitting together with a picnic, toddlers taking advantage of a nice hill to run down—and surrounded by art. I have been continuously impressed at just how supportive, both logistically and emotionally, Storm King has been to me personally, and also, most importantly, to the audience they serve.” Martha Tuttle, 2020.