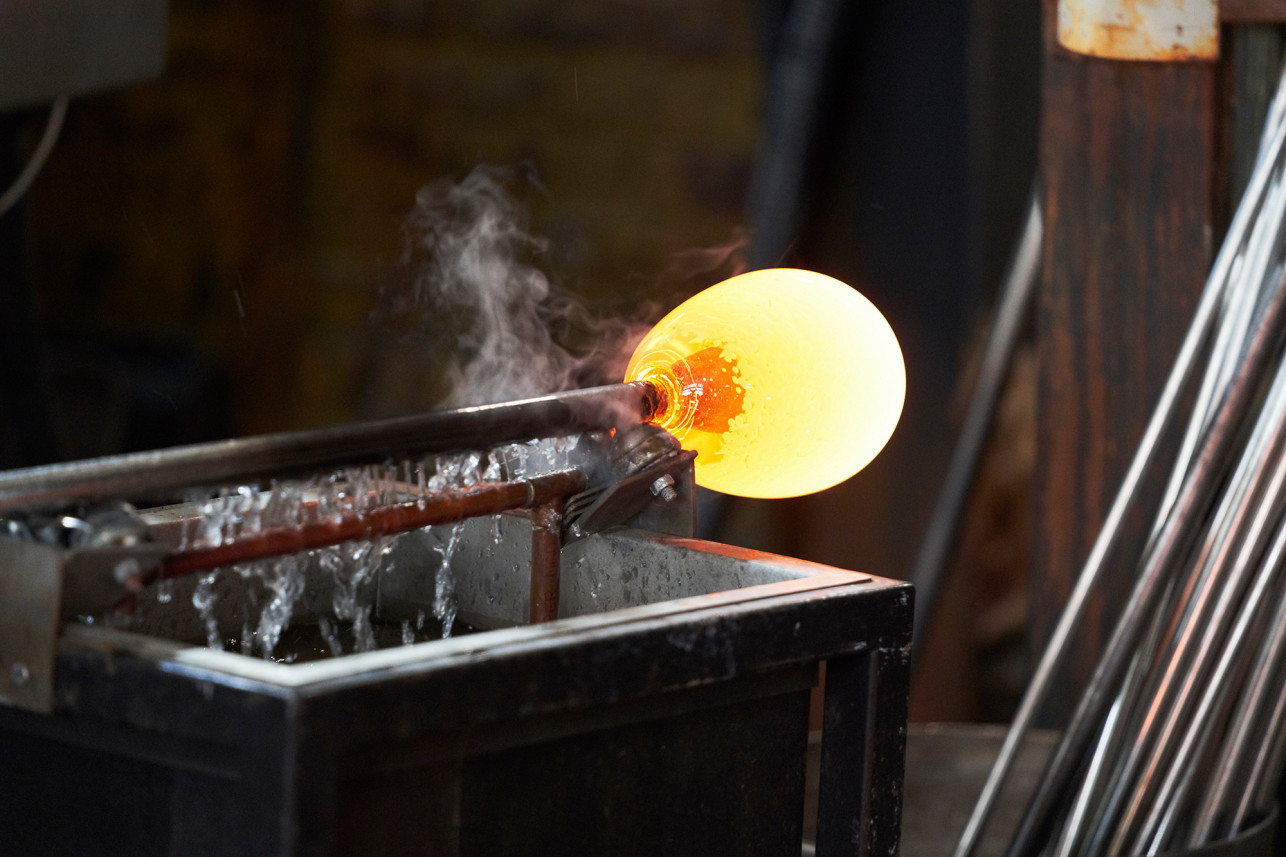 Netflix is blasting this old-school art form back into the mainstream.

The first season of its new competition series “Blown Away” dropped in full this month, and it’s got fans looking to get into glassblowing beyond the screen.

“People stumble upon it one night when they’re binge-watching TV and they come take a class here,” Devin Mathis, executive director of Brooklyn’s UrbanGlass, tells The Post. “A lot of individuals say they Googled to see what was out there in New York after watching the show” and came upon the studio space, which offers educational programming and has a retail shop.

The 10-episode show chronicles 10 glassblowers’ fiery fight to be best blower. Episodes run 24 minutes each, and one competitor is an UrbanGlass board member, Deborah Czeresko.

Glassblowing can be traced to the first century BC on the Syro-Palestinian coast, according to the book “Roman Mold-Blown Glass: The First Through Sixth Centuries,” by E. Marianne Stern.

The studio glassblowing movement spread throughout America in the 1960s, Stern writes. A half-century later, however, it was nestled into low-key niche status.

Now, reality TV pundits are lauding the streaming series for introducing the ancient art to a new mass audience — and Mashable even hyped it as “basically ‘The Great British Bake Off,’ but with a 2,000-degree furnace.”

Actual glassblowers, however, say the show has merely enhanced what was already becoming trendy.

“There is a huge interest in the handmade movement right now,” freelance glass artist Malcolm Kriegel tells The Post. Still, he cautions, “I would say it’s a little too soon to tell if there is a direct correlation” between the craft’s popularity and the release of “Blown Away,” as the summer is the most popular time for glass classes.

Glassblowing has been on the rise for some time — UrbanGlass was established in 1977. Recent years, even months, though, have seen a tangible uptick in interest, Mathis says.

“Within the past 10 years, even within the past five, we’ve seen a shift in the art world where people are circling back to performance,” she says, “and I think glass as a material really gives people that opportunity.”

And it’s no wonder.