Evan Voelbel received his BFA in 3D/Glass from Massachusetts College of Art in 2010. Following his undergraduate education, Evan worked as a teaching assistant at Massart, as a studio assistant for glass artists local to Massachusetts and also as a gaffer and teacher at a number of glass studios in the Boston area. After receiving his MFA from Rhode Island School of Design in 2017, he began working there as adjunct faculty, teaching classes in glass. His current work is informed by research in a variety of subjects including physics, chemistry, perceptual psychology, optics, and alchemy. Voelbel’s work often combines glass, light and mixed media to construct visual phenomena, sculptural objects, and installations which straddle the line between physical and immaterial, digital and analogue, real and false, in an attempt to provoke a broader conversation about the subjectivity of perception. 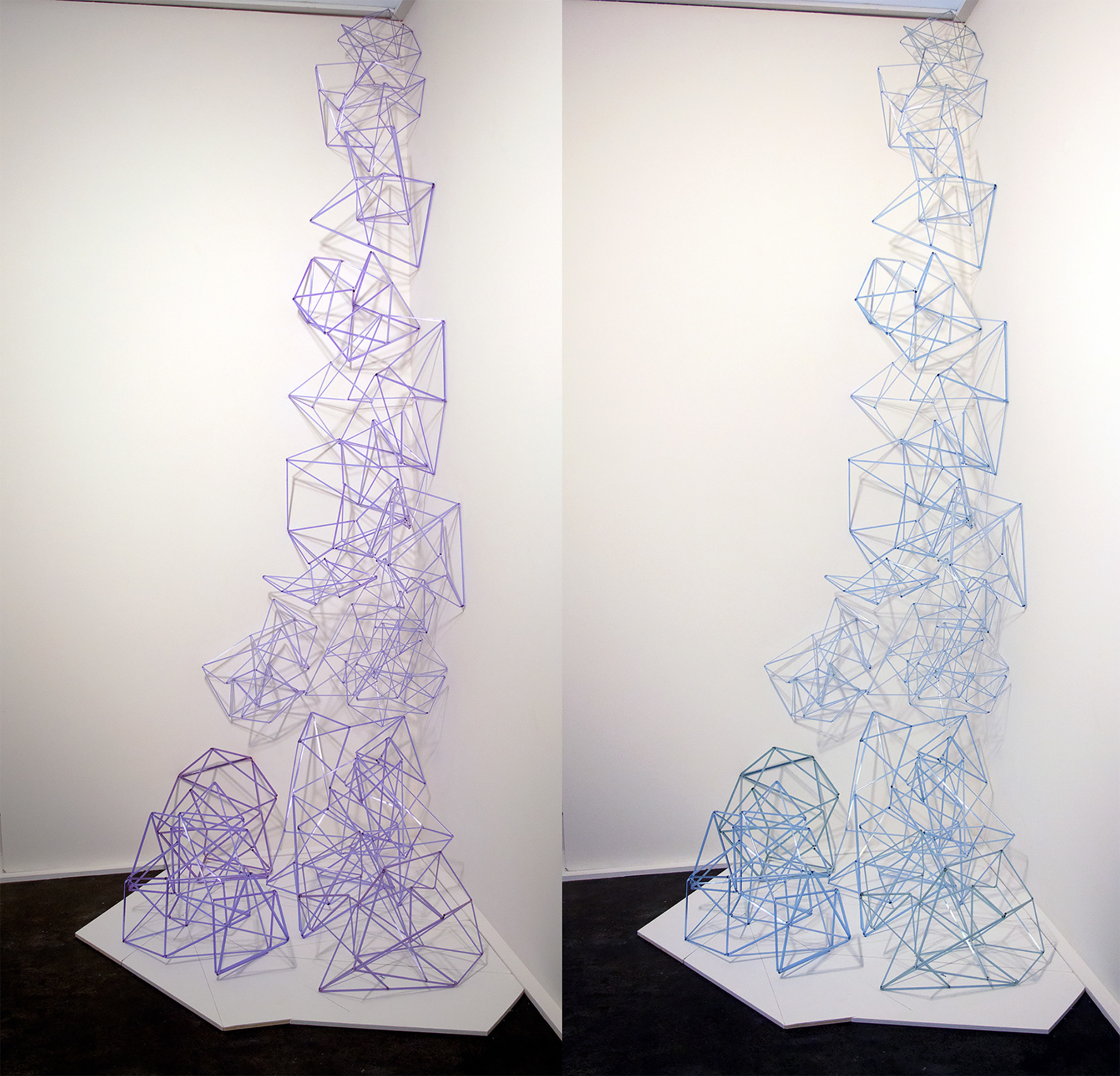