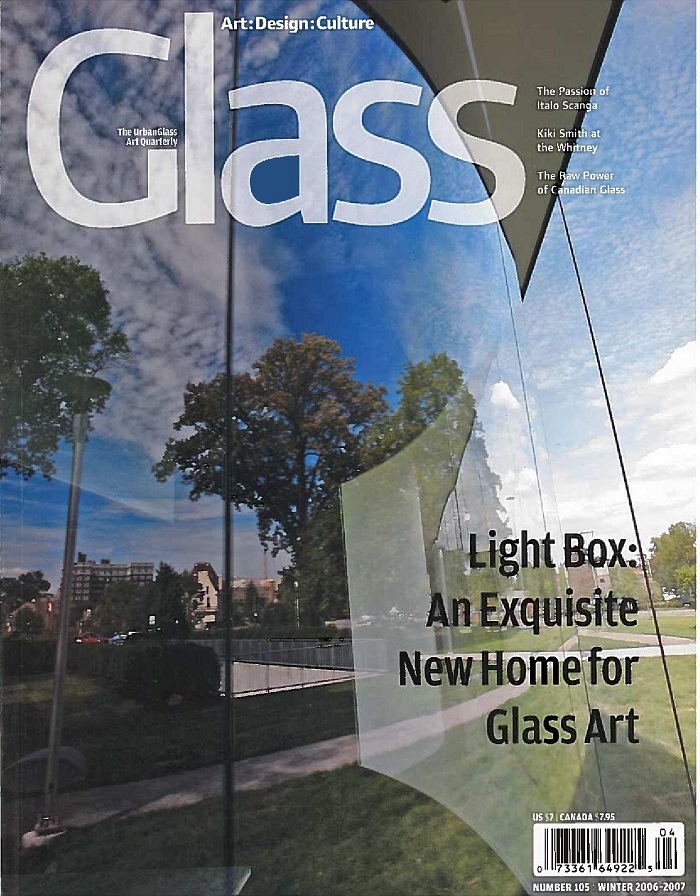 The Toledo Museum of Art's exquisite new Glass Pavilion is a seamless intersection of art and architecture. While the building may be on the forefront of glass technology and aesthetics at the start of a new century, it also connects to the museum's origins at the start of the previous century. The TMA was founded in 1901 by Edward Drummond Libbey, whose Libbey Glass Company was prospering, thanks in part to Toledo's proximity to railroads and steamship lines. Libbey's hand-cut glassware had better distribution than the competition back East. Midwest industry was ascendant, and some of its more enlightened captains believed they had a duty to improve the lives of their employees and fellow citizens.

The enduring power of books in an ephemeral digital age.

The Glass Pavilion at the Toledo Museum of Art is nothing less than an attempt to create a new architcture of air and light.

In the exhibition "A Gathering,"  currently at the Whitney Museum of American Art, Kiki Smith uses glass, among other media, to create a detached intensity that amplifies the power of her ideas.

The Idea of North

The Passion of Italo

In his exhuberant embrace of art and life, Italo Scanga (1932-2001) inspires artists working in glass to look beyond the material, helping the Studio Glass movement mature.