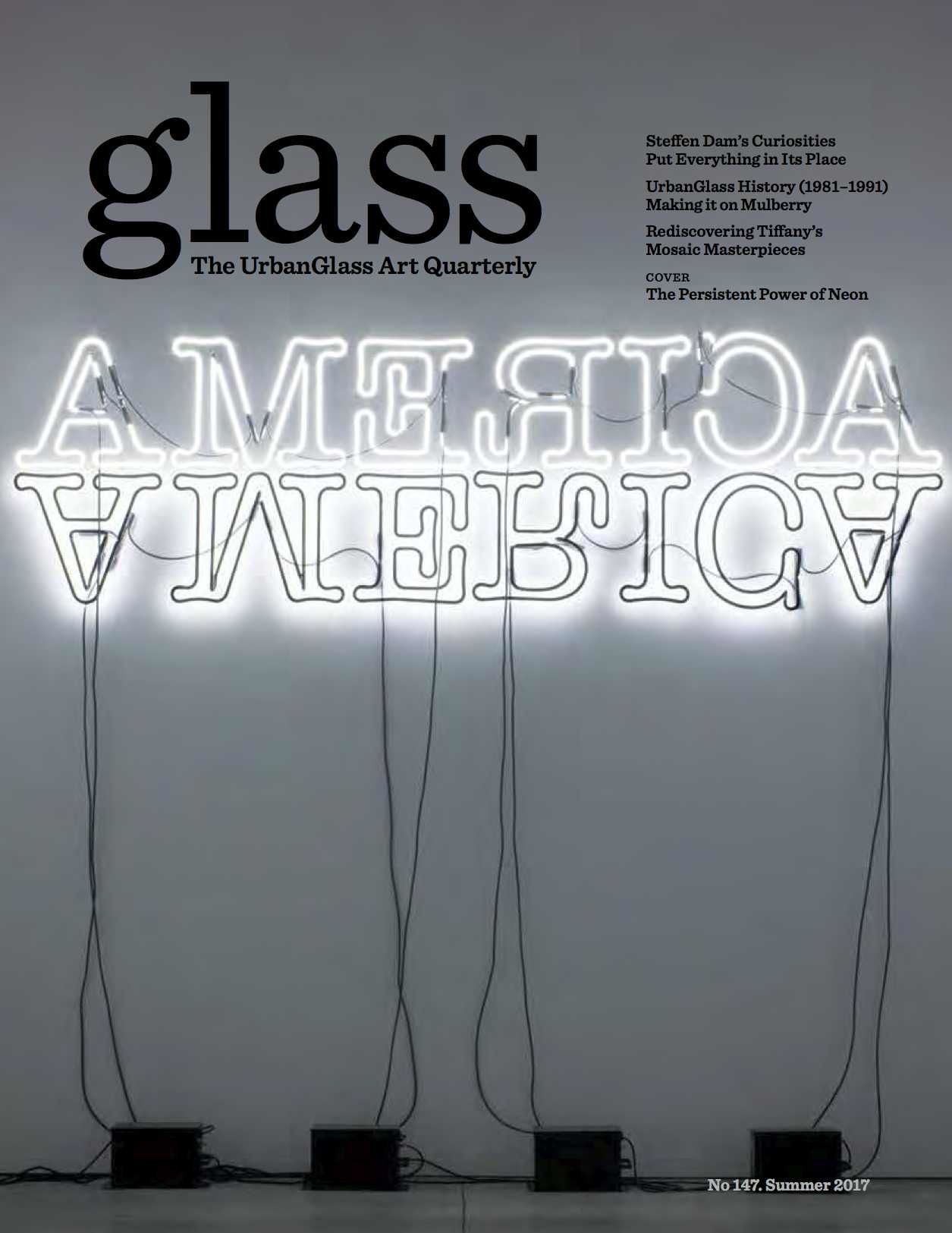 Electric light comes in many varieties, each with its own attributes—from the green-tinged blaze of a mercury-vapor streetlamp to the flat white sheen of an energy-efficient LED array. And then there’s neon, which does not burn so much as smolder with a penetrating glow, like hot embers. Neon uses electrified neon (or another gas for colors other than red) as its “filament,” which can easily snake through intricately bent tubing. Pioneering works in 1940s and 1950s by Gyula Kosice in Argentina and Lucio Fontana in Italy would see the technology first introduced into works of art. But it wasn’t until the  late 1960s, when artists such as Bruce Nauman began to deploy its unique power to incorporate text into artwork, that it became firmly entrenched in the American art world.

In his debut feature, GLASS managing editor Malcolm Morano takes the measure of the use of neon as an art material, tracing a line from a seminal 1967 Nauman text-based work, through the contributions of Studio Glass artists who tackled technical challenges, to a new generation of artists who actively incorporate neon for the unmatched qualities of the light itself.

Nikolas Weinstein’s newest project in Jakarta pushes scale to the limit; an interview with Susan Warner as she moves on after 16 years at the Museum of Glass; in his latest body of work, Preston Singletary charts a more politically engaged course; Canadian glass artist association puts emphasis on community for “re:do,” its first conference since 2010; glass pipes gain acceptance and are shown at larger art venues; the secondary market for glass heats up with online auctions, new players.

Waste High: How a luxury resort threatened by rising sea levels is turning recycling into an art experience

Artists are drawn to neon for the same reasons as signmakers—its lush, glowing intensity that gives it a unique ability to penetrate the visual landscape.

The New York Experimental Glass Workshop outgrows its first location, and makes a fortuitous move to a colorful new neighborhood, where the collective expands in size and influence

Everything in its Place

Steffen Dam, in solo works and a new collaboration with his wife, artist Micha Karlslund, searches for beautiful truths.

by Kelly A. Conway

Made from tens of thousands of glass elements, Louis C. Tiffany’s lesser-known mosaics reveal another side of his genius.