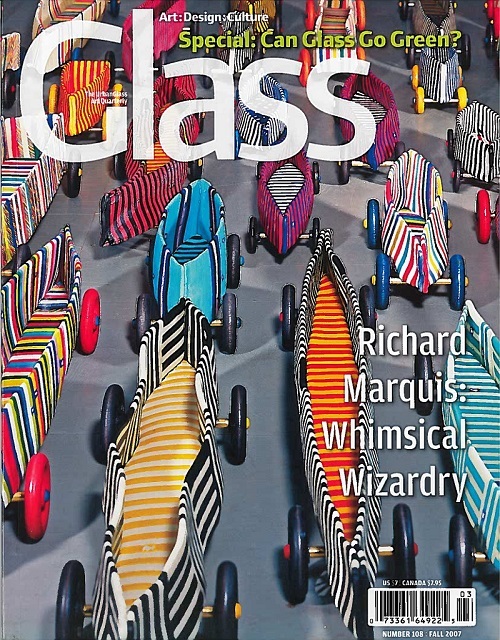 Glass, prized for its pristine surfaces, clean lines, and purity of form, has a dirty secret-- it takes tremendous amounts of energy to make it. Silica and soda lime only join together to make molten glass when heated to temperatures north of 2,300 degrees Fahrenheit. The amount of energy required to achieve and sustain those temperatures requires the burning of large amounts of natural gas, which over the course of a year releases literally tons of carbon dioxide into the atmosphere.

The Bead Project celebrates ten years; a new board member and a returning one; a solo exhibition for Trinh Nguyen.

Born in an era of cheap energy, the Studio Glass movement is on the brink of major change as fuel prices rise along with the concern about global warming.

The Young Glass Awards, staged once a decade by a glass museum in Denmark, anoinnew talent and bring the world of glass to the seaside town of Ebeltoft.

The Wizard of Whimsy