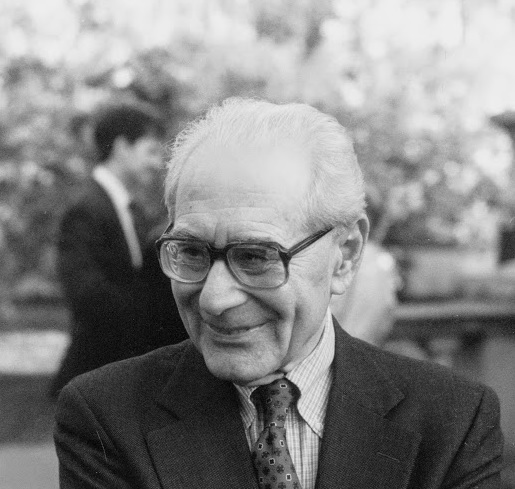 The late Leonard Leight in an undated photo.

With the death of Leonard Leight in March of this year, the collection he compiled with his wife Adele (1923-2018) has passed in its entirety to the Speed Art Museum in Louisville, Kentucky. Featuring works of ceramics, glass, furniture and other decorative arts, the collection totals over 450 works of art, of which 220 are contemporary glass. Decorative arts curator Scott Erbes considers the gift historic: "Like many passionate collectors, the Leights did not want to hide their collection and their passion for glass behind closed doors," Erbes said. "Rather, they wanted to share their joyful discoveries with others, generously promising their collection to the Speed and its visitors over the course of several decades.  In doing so, they made one of the most transformative gifts in the Speed’s nearly 100-year history."

The backbone of the glass collection is its representative holdings of Jaroslava Brychtová and Stanislav Libenský, Dale Chihuly, Richard Marquis, Joel Philip Meyers, Lino Tagliapietra and Bertil Valien.  In addition, the Leights commissioned art by Peter Aldridge, Laura Donefer, Susan Edgerley, Jeffrey Gibson and Norwood Viviano. The current exhibition at the Speed, "Collecting: A Love Story: Glass from the Leonard and Adele Leight Collection," co-curated by Scott Erbes and Norwood Viviano, attests to the wide variety of the Leights’ holdings. It is spread over four galleries and given breathing room seldom allotted to such a medium-specific exhibition in a general art museum.

Adele Leight was a family therapist and Leonard practiced cardiology. While the Leights asserted that all of their choices were mutual, Adele championed art by women and artists that addressed women’s issues, while Leonard gravitated to figurative glass and work that referenced scientific inquiry.  Conversations with the late Stephen Powell, Scott Erbes, and Douglas and Katya Heller had a role in the Leights’ selections.

The  Leights’ collecting discipline was served with reading, study and constant looking.  Well into their eighties the Leights continued to travel in pursuit of art, faring to destinations on both coasts, throughout northern and Eastern Europe, Cuba, and Latin America. The Leights were active on the boards of the Speed Art Museum and the Kentucky Museum of Art and Craft: Adele Leight helped curate several glass exhibitions at the latter institution. They supported Lino Tagliapietra’s annual trips to Centre College to blow glass with Stephen Powell, and the University of Louisville Cressman Center for the Visual Arts, with its hot shop, gallery, classrooms and finishing workshops. In 2009 the Leights were honored with the American Council for Contemporary Glass’s Honor Award.

An important protagonist in the Leights’ collecting was their home, completed in 1968.  The house was designed by Fred DeSanto and Jasper Ward, with extensive input from the Leights. (New York Times architecture critic Michael Kimmelman described Ward as “underappreciated”). Inverted dormers, light wells and clerestories brought daylight in from above, while the building took maximum advantage of a sloping site to animate the lower levels with picture windows and sliding glass doors. For students of contemporary glass, every visit to the Leight home was a fresh experience, depending on the weather, time of year and radiation from the sun. In winter, when trees were leafless in the heavily wooded back of the house, colors and contours in glassworks were especially clear and sharp.  In Kentucky’s humid summers, the reverse was true.

The Leights took their aesthetic judgment very seriously. The placement and display of individual works within their home underwent constant scrutiny. New acquisitions spurred fresh comparisons, and a piece found wanting was exiled to a downstairs closet. The Leights commissioned pedestals for their glass acquisitions from the sculptor, Tom Butsch. He recalled arguments between the couple about the difference of half an inch in the height of one of the pedestals. While the give and take was amiable, Butsch said “the designer was the person in the middle trying to stay out of it.”

A portion of the Leight collection will remain on view at the Speed Art Museum. The Leights’ children have endowed the Adele and Leonard Leight Lecture Series at the Speed Art Museum. Among the speakers to date were Beth Lipman, Hank Murta Adams, Judith Schaechter, and Joyce J. Scott. In addition, the University of Louisville is the beneficiary of the Sutherland Endowed Chair in Glass, a program inspired by the Leights’ leadership. This visiting artist series has included Judith and Robin Rogers, Dante Marioni and John Kiley, Hiroshi Yamano, and Stephen Paul Day and Sibylle Peretti.