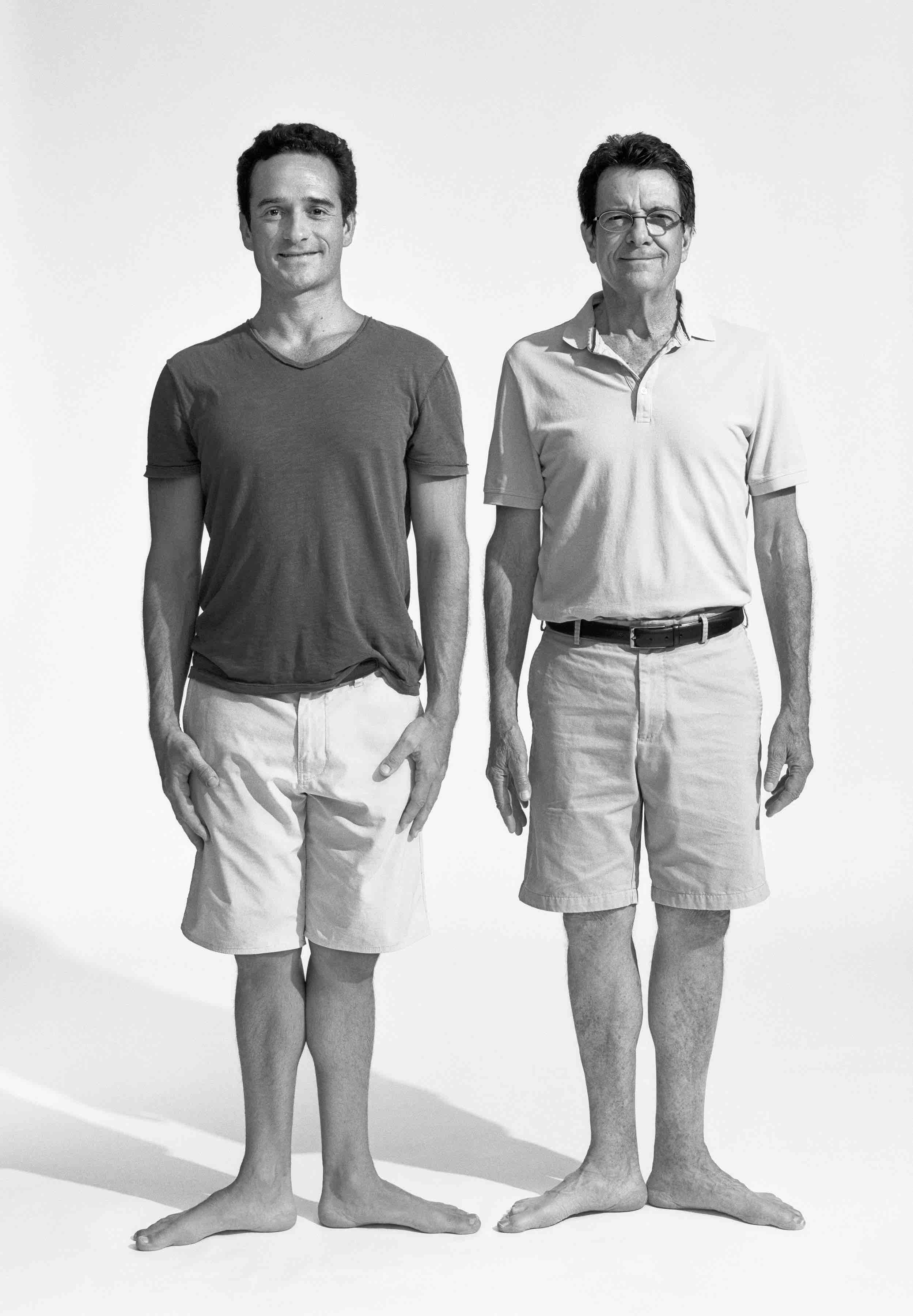 In her own art practice, Mary Van Cline often blends pâte de verre elements with large-scale images rendered on photosensitive glass plates, creating a dynamic interplay between two- and three-dimensionality. But recently she's turned her focus squarely on the two-dimensional with an ambitious photography project. Since early 2017, she's been traveling the U.S. to take photographs of glass artists, prominent dealers, collectors and critics in an effort to document and immortalize the unique artistic ecosystem that defines the Studio Glass world. Since earning her MFA in glass sculpture and design from MassArt in 1982, Van Cline has been an active participant in this community, but more recently, she's realized that it's on the verge of a major transition as the major players are aging. In response, she launched "The Documenta Project," which she has financed almost entirely on her own, in which she hopes to build an archive of life-size photographic portraits that capture the unique personalities of the major figures.

Since the start of 2017, she's been traveling across the United States to capture these photographs, even making a single-day round-trip journey from the west coast to Martha's Vineyard. A preview showing of these portraits took place as a Special Exhibit at SOFA Chicago 2017. Not only were eleven life-size portraits on archival watercolor paper displayed, but Van Cline photographed an additional 30 people over three days. To print their life-size portraits, she turns to Tod Gangler at Art and Soul, a small printing business in Seattle. In the aftermath of the success, Van Cline has been contacted by many people wanting to have their portrait included in the archive.

For tackling the project, not only is she armed with her trusty Hasselblad film camera, but she also uses its largest medium-format digital camera, known as Phase One. In a phone interview with Van Cline, she told the Glass Quarterly Hot Sheet about how much she adores the unique features of the Phase One. “There isn’t a better digital camera that exists in the world,” she gushes. The images for the project are state-of-the-art and will be preserved in black-and-white film, as well as in a color archival file thanks to the use of the high-tech digital camera.

Van Cline is honored that she can document people she holds in such high esteem. She seeks to capture the essence of each individual. Van Cline sought to photograph everyone in a flattering and respectful way, making sure to honor them as they are documented.

In this work, Van Cline strayed from her usual method of directing her subjects. Normally she has poses in mind, and the subjects for “The DOCUMENTA PROJECT” came in ready to be directed. They asked her, “What should I wear?  What do you want me to do?” Van Cline had no specific instructions, aside from asking artists to bring in what she called a “personal iconic prop.” She encouraged them to interact with their prop and she snapped photo after photo, documenting it all. The collection of images are humorous and honest. Each individual displays a bold personality. They are all unmistakably human.

Van Cline explained that she has taken some 10,000 photos. From each session alone, she took at least 400 photos with the digital camera. She has an invaluable amount of product, so much so that she has crafted what she calls “flipbooks” for a few collectors. Taking one photo every ten seconds, she captured every movement and expression of her subjects. After resizing the photos, she made small books for the subjects of the photos to flip through so they could watch themselves move in front of their eyes.

For Van Cline, this project is all about inclusivity. Some hopeful subjects ask her, “Am I on the list?” to which she replies that there is no list. Furthering along this idea of inclusiveness, Van Cline expresses that she wants the project to be in the public domain archive. She will not own the project or control it. It will be accessible to all: to people who want to write books or articles, or anyone who is researching the Contemporary Glass Movement. Her biggest priority is to document these important figures as quickly as she can.

Though almost entirely self-funded so far, Van Cline hopes that others -- individuals or institutions --who appreciate her project and the progress she's made on her own might approach her with offers of support. She says some of those most generous with their time have been the glass galleries. This year the project has been invited back to SOFA and, in April, Van Cline hopes to bring it to Detroit during the Flint Museum opening and the Habatat International.

The fact is that such an ambitious project is costly and donations are needed in order for it to continue. The Tacoma Art Museum has agreed to accept nonprofit donations on behalf of Van Cline, and transfer any funding directly to the project with no fee. Donations can be mailed to the Tacoma Art Museum at the following address:

For any questions, contact Mary Van Cline at: mary@maryvancline.com