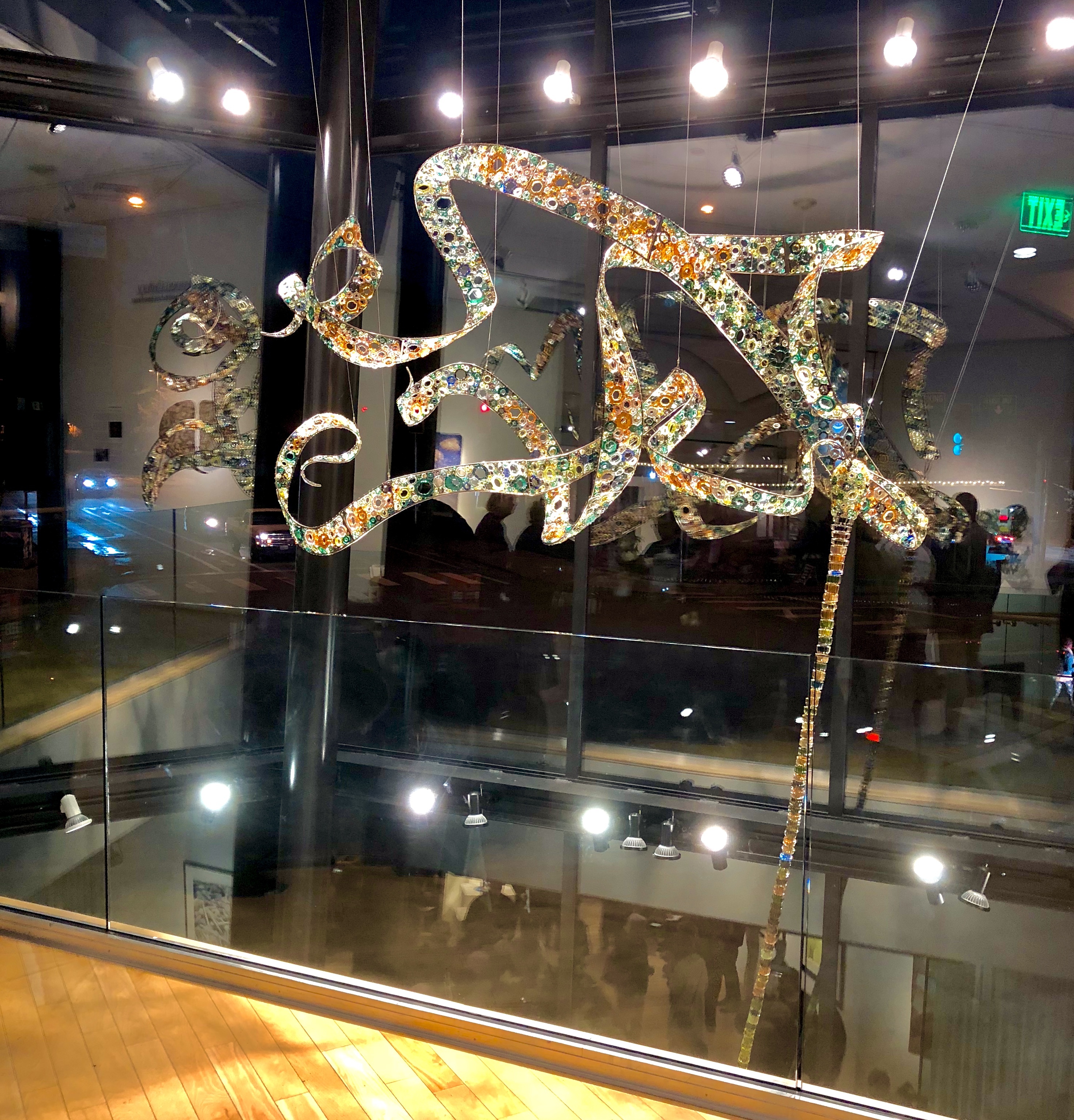 Until February 3, 2019, drivers coming off the Seattle-Bainbridge Island ferry are enjoying a visual feast in the windows of the Bainbridge Island Museum of Art. Every four months the museum has to find an artist who can bring that 15-foot tall, two-story space to life. Kait Rhoads’s Bloom, a sculptural representation of bull kelp, enlivens the entire space – there is no emptiness, only the sculpture and the ocean that you imagine. What else would surround the kelp and keep it in
subtle motion?

Kait Rhoads’s glass-and-wire fronds of bull kelp sparkle in the daylight. The stipe (or stem) drops down to an imagined sea floor where Rhoads’s shimmering glass Red Polyp rests on an actual rock. Familiar with the limitations and possibilities of the space, chief curator Greg Robinson suggested the presentation to Rhoads, who responded enthusiastically to the curator’s vision.

Rhoads, who grew up on a sailboat, has a life-long interest in ocean ecology and a large body of work on the subject. Her technique of wiring hollow murrine allows her to create strong and sinuous forms, particularly suited to representing ocean life.

Robinson offered Rhoads a rare opportunity. She wasn’t going to have many chances to create Bull Kelp in glass at this scale, and this was the time. “I was so excited,” she writes, “to realize a sculpture of Bull Kelp, which has a stipe or stem that extends 30 to 60 feet in the wild, leaving the fronds at the top of the plant/algae to float near the surface of the water attached to a gasbag/pneumaticist.  So, not an easy form to show in a classic gallery situation.”

Indeed! As curator Robinson points out, the work is seen from the inside by daytime visitors. At night, lighted and transformed, it’s seen from the outside. Returning ferry commuters see, he writes, “a jewel-like window box . . . a sculptural feat and a visual delight.”