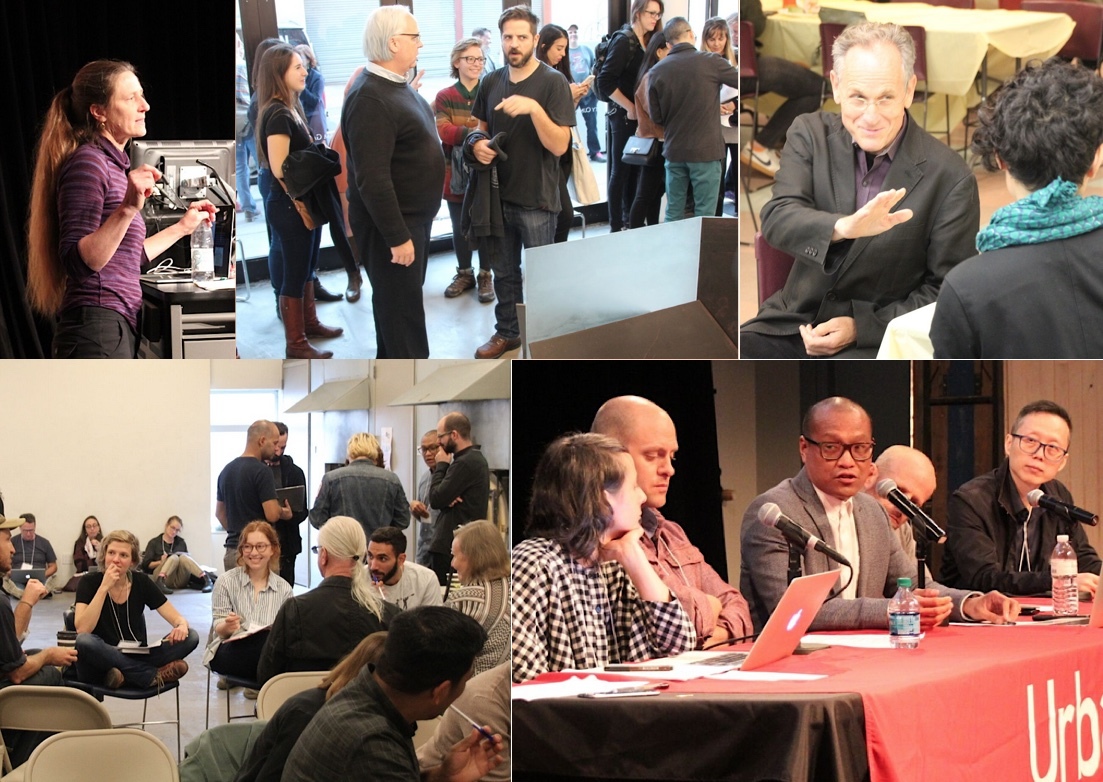 The full program of the 2019 Robert M. Minkoff Foundation Academic Symposium at UrbanGlass , which will run from October 24 through October 26, has been published. Among the highlights is an award to be presented to Lino Tagliapietra in recognition of his profound impact on the history of glass education in the United States. The ceremony will take place as the culmination of the Thursday evening gallery tour that kicks off the symposium and will take attendees through the Manhattan art neighborhood of Chelsea with stops at contemporary art galleries showing glass such as Marianne Boesky, Pace, and Luhring Augustine. The award will be presented at the final stop, Heller Gallery, where, during a catered reception in honor of Tagliapietra, the maestro will share his thoughts on the history and future of American glass-art education in a public conversation with Glass magazine editor and symposium organizer Andrew Page.

The theme for the fourth biennial academic symposium at UrbanGlass is "Issues in Glass Pedagogy: Criticism, Critique, and Critical Thinking," and the keynote speaker will be New York Times art critic Martha Schwendener, a visiting associate professor at New York University who writes for a range of top art publications as well as the Times.

The three-day event will have presenters from around the U.S. and the world. Jens Pfeifer, head of glass at the Gerrit Rietveld Academie in Amsterdam, will lead one of his signature "Glass Virus: Think-Tank Exercises" on the subject of effective critique. The problem with plain critique, says Pfeifer, is that it can be oppressive and a one-way street of information. He believes constructive critique is a model for discourse that encourages all parties to learn and bring forward ideas in a discussion. Critiques should be a system of communication that recognizes problems and finds solutions in productive manner. To explore further, Pfeifer will employ a workshop approach to remove the cognitive distance to the subject, experiencing critical thinking rather than talking about it. Pfeifer has led four Glass Virus events to date, including launching the series at the first UrbanGlass symposium in 2013.

For his presentation at the symposium, University of Sunderland reader in glass Jeffrey Sarmiento is asking glass educators what are the texts that every glass student should be sure to read? Sarmiento has been working in collaboration on The Glass Reader (Bloomsbury), a forthcoming collection of writing on glass art, craft, and design focusing on thoughts and discussions around glass which inform 21st-century practice. At the October 24 - 26th symposium (www.urbanglass.org/symposium), he will lead a forum for sharing reading lists with fellow educators, presenting pieces both fundamental and current that are used to stimulate our students.

There will be break-out sessions to discuss topics in smaller configurations, and two moderated panel discussion.

Former Corning Museum of Glass chief scientist Jane Cook (center), now at Penn State, will lead a conversation about inter-departmental explorations in glass art in academia, with (University of Toledo assistant professor Brian Carpenter (L) and Angus Powers (R), head of glass at Alfred. In her introductory remarks, Cook will compare and contrast systems of scientific peer review and art criticism in academia.

Liesl Schubel, director of education at UrbanGlass, will lead an in-depth conversation about "Blown Away," the Netflix series that Esquire called the "must-watch" reality show of summer. Schubel will examine whether television can be a forum for serious art making. The panel will include (L to R) the 10-episode program's on-air host and judge Katherine Gray, critic Justin Ginsberg, show winner Deborah Czeresko, and series consultant Koen Vanderstukken.

For the full schedule or to buy tickets: www.urbanglass.org/symposium