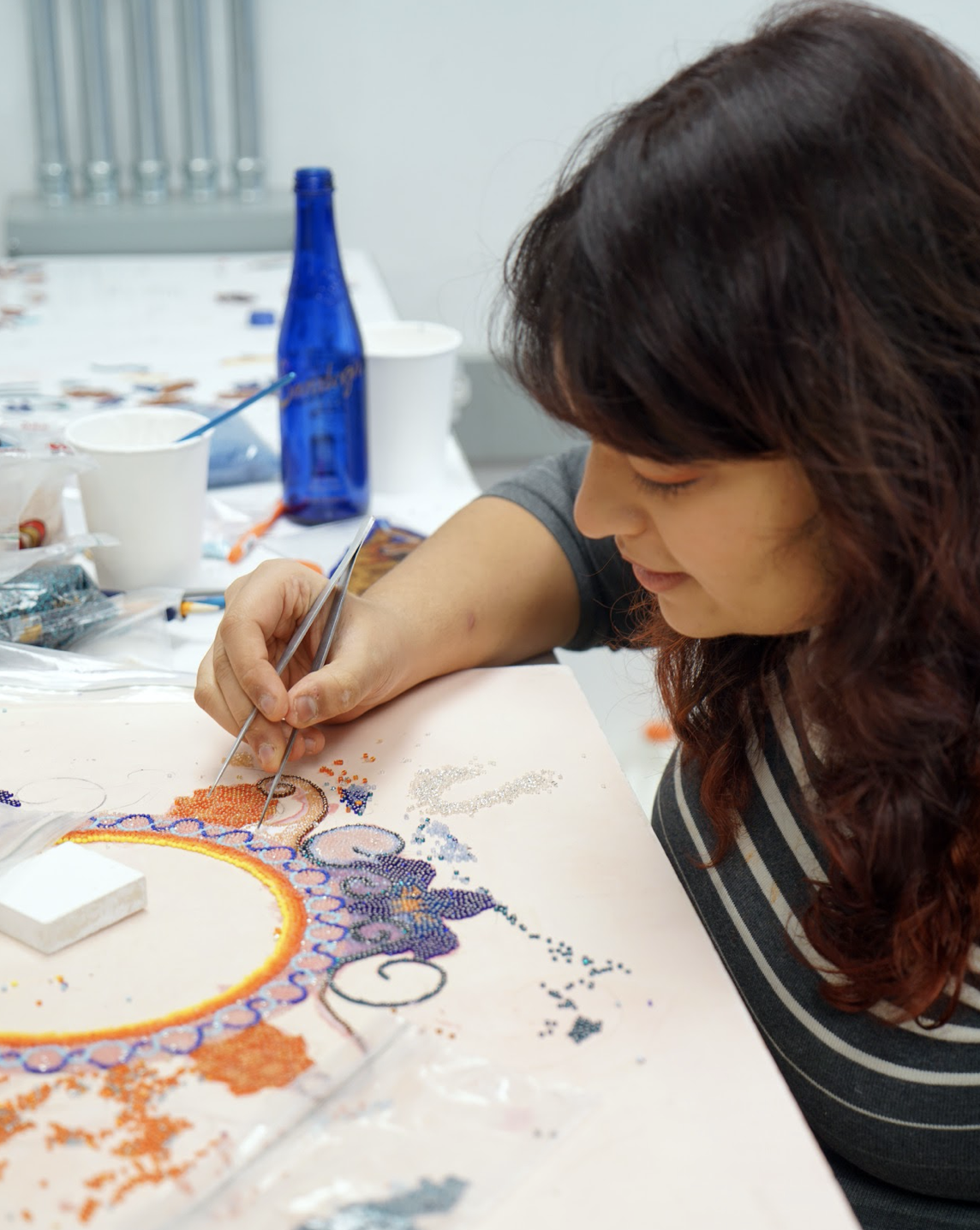 The ongoing Covid-19 pandemic has impacted all of our lives and careers, but for one recent RISD glass graduate, who was awarded a prestigious residency at the Studio at The Corning Museum of Glass, the shutdown in mid-March 2020 resulted in a series of unexpected changes of plans that extended her time in Corning, New York, and ultimately saw her move back to her native India, where she is hoping to reset her career trajectory.

Raghvi Bhatia's post-graduate career was progressing quickly when she traveled from her shared apartment in Brooklyn, New York, last February to her Corning residency, where she focused on her work with glass seed beads. Her artist practice taps into the three-thousand-year-old South Indian glass practice of pulling tubes and chopping them to create these minuscule glass decorative elements that have been embraced by diverse cultures around the world. “Beads seem so small and insignificant, yet so powerful to so many people,” Bhatia told the Glass Quarterly Hot Sheet in a phone interview.

Bhatia grew up in New Delhi before she moved to the United States for college. She decided to study abroad because the art scene in America is different from her home country. "It is harder to come across the things that I'm interested in, like social practices, back home. New York City is everything I was looking for: a lot of the conversations I’m interested in having and the people, I don’t have that kind of community in India," Bhatia said. Prior to the residency in Corning, Bhatia took a class at UrbanGlass (the arts nonprofit that publishes the Hot Sheet) and got to know the New York glass community. She also was chosen for a residency at Ox-Bow. 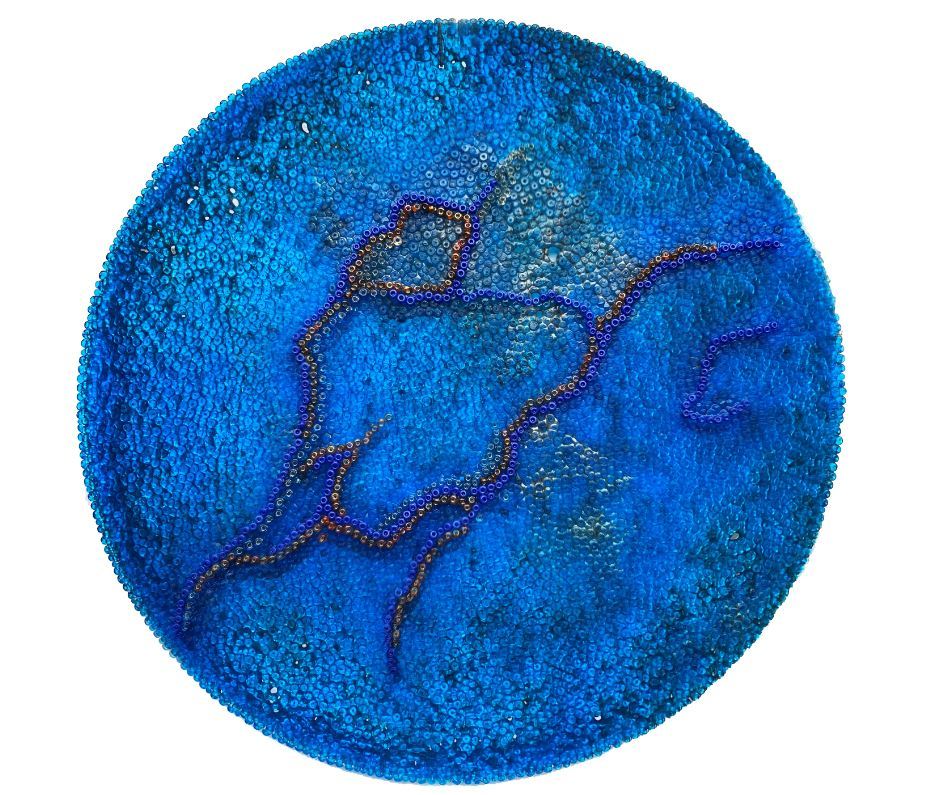 Ragvhi Bhatia, Water, 2020. Fused base with glued glass seed beads. (Created at the Artist in Residence Program at The Studio at Corning)

Her story took a turn in March 2020 when New York issued a state-wide directive. “Everyone knew Covid-19 was a thing but nobody was worried about it, even though there were cases in the U.S.,” Bhatia recalled.

On March 16th, the Corning Museum abruptly closed to the public, followed by The Studio on March 20th. Even though her residency was officially over March 21st, she was allowed to stay on for an additional week to wrap up. But when she began to make arrangements to head back to her Brooklyn apartment, Bhatia began to face problems with transportation as New York City emerged as the global epicenter of the pandemic, and the shutdown quickly cancelled flights, as well as bus and train routes. “The only option that I had to get to New York City was a flight with four stopovers,” she explained. While weighing her other options, such as going back to India, the U.S. began to shut down for business.

Eventually, the CMOG let Bhatia stay for as long as she needed to and so she converted her artist-in-residence apartment into a temporary studio space. Because her residency focused on fusing glass seed beads, and once the studio closed down she had no access to kilns to continue her work, she adapted her practice, experimenting with new ways to fuse seed beads with glue. In her work, Bhatia is interested in exploring how craft traditions have fostered religious practices and informed power structures in the world. In mid-June, after weighing her options and sifting through travel restrictions, Bhatia was able to leave the United States for India. She had to self-isolate herself for a few weeks while observing a time of pause in her work and reflecting on her experience at the CMOG. During her months of self-isolation in Corning, she spent a significant amount of time daydreaming, going on walks, and staring out the window. Now, contemplating her future, Bhatia explained her decision to leave New York City for now;  “I left New York City to move to New Delhi largely because of the anti-immigration agenda that the current administration upholds,” she continued, “ I am not sure if this move is permanent or temporary. However, the vast majority of my artist community is re-evaluating their presence in NYC. Not that this means the end of New York as an art capital, but for me, this seemed like the perfect time to try something new.” Bhatia continues to explore new ideas and practices becoming increasingly interested in a connection between art and socio-political realm, “I am invested in the idea of artists playing an important role in this new future, starting with reinserting labor and advocacy into art practices, and through shared ownership of space, ideas, and resources.”