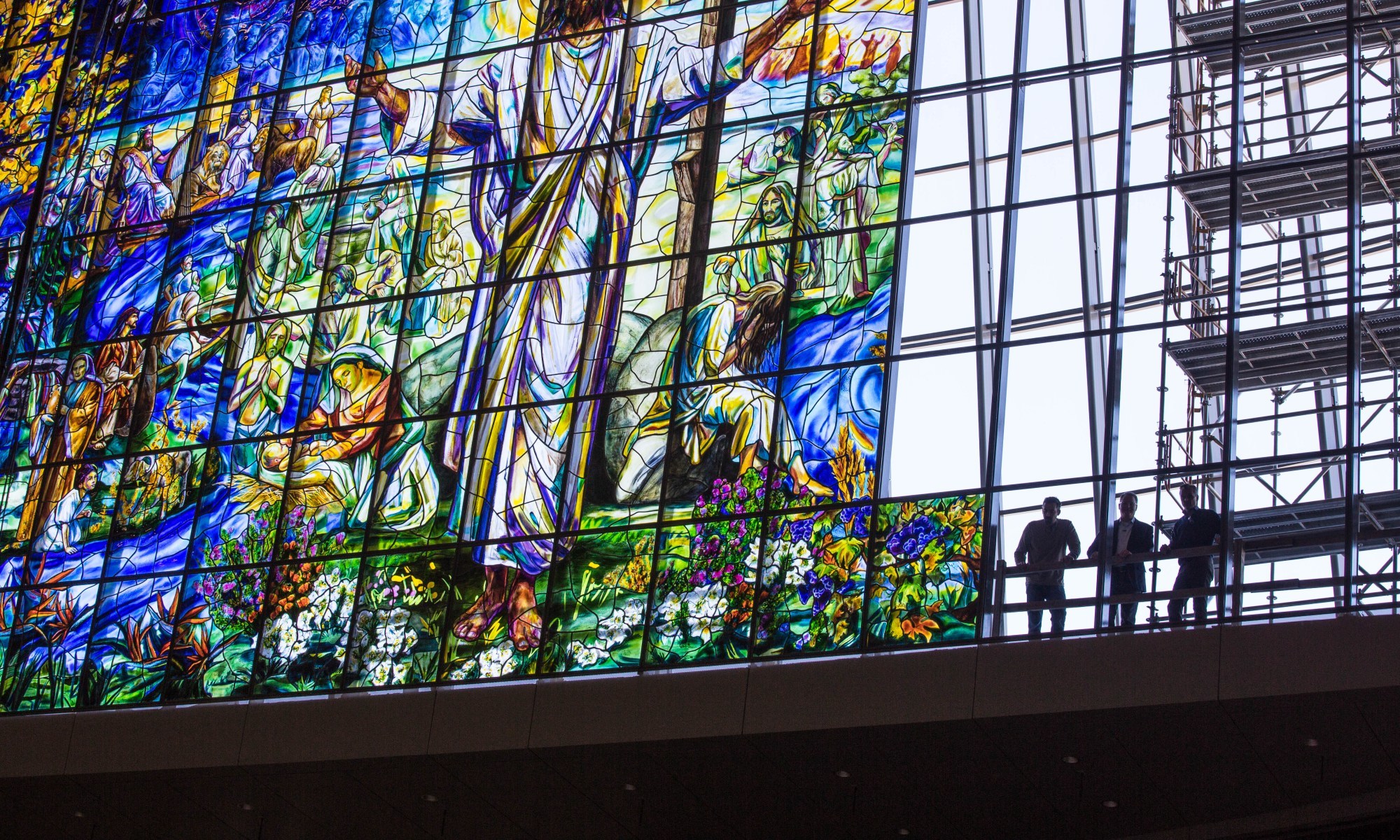 Holy Frit, a harrowing tale of the near-disaster when Judson Studios, artist/designer Tim Carey, and the famed Narcissus Quagliata teamed up to create a massive glass window. A fast-paced documentary by director Justin Monroe recreates the seat-of-the-pants story of how an extremely ambitious Carey took on the job of creating the world's largest stained-glass window for the United Methodist Church of the Resurrection in Leawood, Kansas, and struggled to turn the concept into reality, eventually bringing in stained-glass maestro Quagliata for emergency assistance. With a lighthearted take on what was no doubt a gut-wrenching process, director Monroe follows Carey as he defies several potential disasters along the way of pioneering new fusing techniques to realize the outsized vision. The film's trailer captures the zany energy of a project repeatedly just missing going off the rails with a sense of humor only possible in hindsight, though much of it was filmed as it unfolded.

Director Monroe has invited the Bullseye Glass community to stream the film online from June 15 - 18th, 2021, after registering using this link. Than, on Friday, June 19th, from 5 PM to 6 PM Pacific Time, the director and the designer Carey will discuss the harrowing story and the film in what promises to be a lively conversation moderated by Bullseye's Ted Sawyer.

RSVP to register for the free screening and Friday discussion.