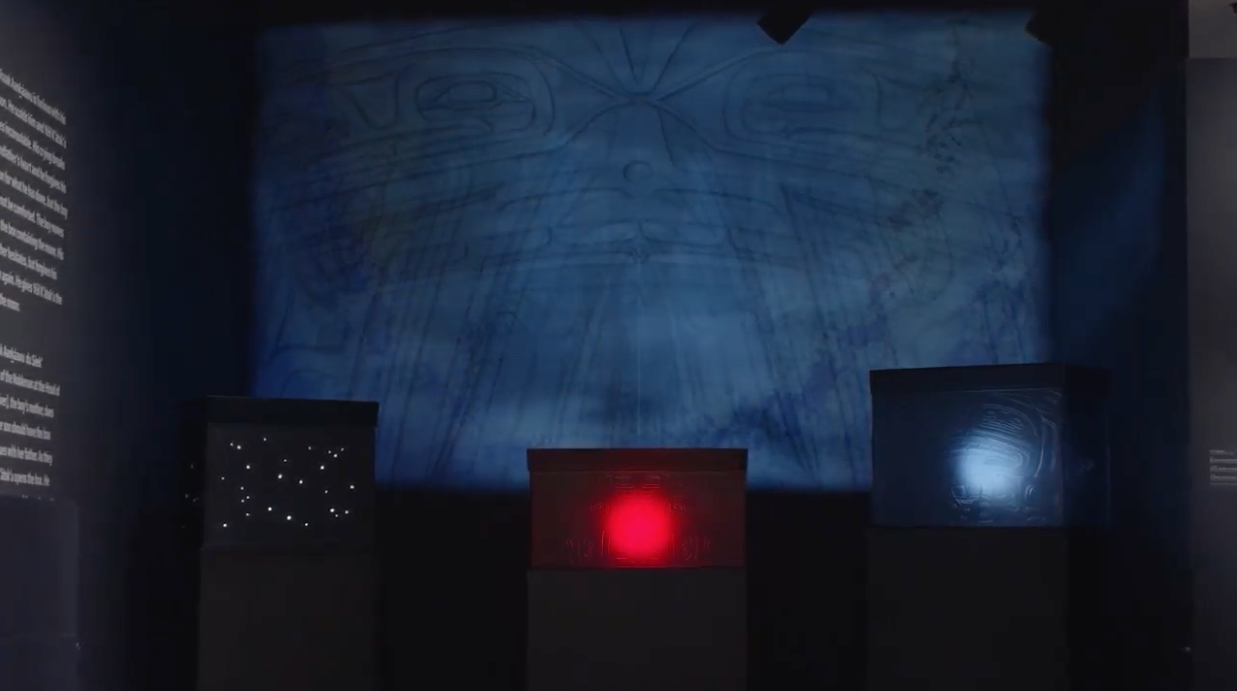 Installation view of Raven and the Box of Daylight at the Wichita Art Museum in 2021.

Now on view at the Smithsonian National Museum of the American Indian in Washington, D.C., Preston Singletary's exhibition "Raven and the Box of Daylight" features almost 70 individual glass pieces all crafted by Singletary and his studio team. The exhibition is not brand new, as it debuted at the Museum of Glass in Tacoma, Washington in 2018, and moved to the Wichita Art Museum in Kansas in 2020, but its current venue in the nation's capitol gives it special prominence and marks an important moment for Singetary's career. Remaining on view through January 29, 2023, "Raven and the Box of Daylight" will then travel once again on its way to the Chrysler Museum of Art in Norfolk, Virginia, where it will be opening mid-2023.

Born in California in the 1960s, Singletary is a Tlingit artist who started out in the European glass tradition but began including themes from his native Northwest Pacific indigenous heritage in his glassworks in the late 1980s. Singletary is a strong supporter of using the nontraditional material of glass to communicate the artistic perspective of indigenous people, connecting it back to their ancient cultural symbols.

Jim Schantz of Schantz Galleries, where Singletary’s work has long been displayed and sold, lists him as a unique artist both in glass and in the field of indigenous art: “Preston has brought his ancestral culture and art into the realm of contemporary glass, which I believe makes his work somewhat unique from the more traditional material forms used by indigenous artists.” Schantz lauded Singletary’s admission to the Smithsonian, saying that he was a fitting choice for the Museum of the American Indian because of his ability to draw wider audiences into the indigenous art scene by embodying the spirit of both contemporary American and the Tlingit First Nations Peoples’ history.

The use of glass as a durable, colorful, and resonant medium is especially important because of the increasing rarity of traditional materials. Resources like cedar and douglas fir wood have been cut down and polluted, making them more inaccessible to native artists.

The Raven story explains the existence of the sun, moon, and stars in indigenous tradition with about a dozen variations across the Pacific Northwestern coast. Singletary’s exhibition is an effort to bring this ancient narrative to life for museum goers by taking them through the motions of the story, invoking Tlingit values of accountability for one’s actions, forgiveness, and family over possessions.

Look for an in-depth interview with Singeltary about this project and his wider career in the upcoming Summer 2022 edition of Glass (#167) scheduled to be published on June 1, 2022.