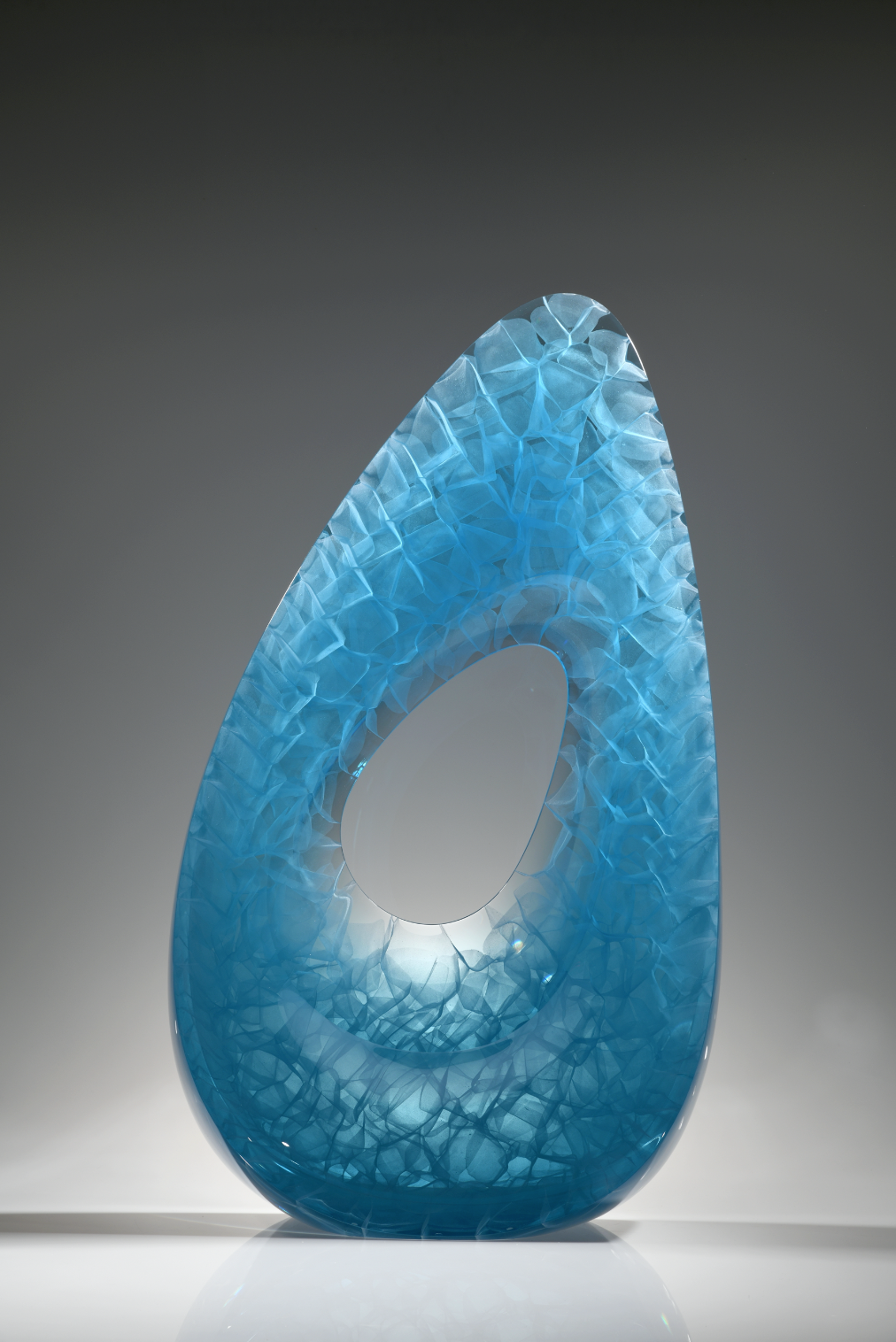 Using sculpted cast glass and earth-tones, Peter Bremers channels the outside world in making his artworks. Trips to the Antarctic and the American Southwest have advanced his premise that the beauty of natural phenomena is not a simple pursuit, but integral to the human experience. The transformation of self that can occur during these encounters is the subject of his introspective works. In his newest exhibition, which just debuted at the Ainsley Gallery outside Toronto, Bremers unveils 22 new works that encourage personal transformation through positive introspection in a show he tells the Glass Quarterly Hot Sheet is "important to me as a human being and as an artist."

Even his choice to showcase two distinct but related series -- "Positive Space" and "Initiation" -- was intentional: "I tend to work on different concepts simultaneously, often as a reflection on what's going on in my personal life, what's happening in the world, my artistic development and so on."

The "Positive Space" series is comprised of rounder pieces, many alight with soft pinks, blues, and purples. Many have an empty hole in the middle of them, meant to signify the inner space of a human being. Bremers, known for incorporating natural light and other elements into his work, says this creates a unique experience.

"They are an exercise in exploring the inner matter, that are confined by the outer shell and inner shell of a sculpture and the space in between," he said. "Only with glass our eyes can penetrate that space, allowing us to peep into the 'secret' of what is in between."

When the eye penetrates that space, the viewer is taken to a place of quiet reflection or meditation. This leads to the cultivation of an affirming mindset.

"Finding ourselves in a time of increasingly negative perception of every day's news events and an overall rising feeling of being unsafe in a world of religious, political and social divisiveness, we may forget to focus on the possibilities and comfort offered by positive action and attitude," Bremers said. "Positive space symbolizes tolerance, appreciation, hope and opportunity."

Based on the Chinese Book of Changes and James Wanless' Voyager Tarot, the "Initiation" series contains cubic, four-dimensional structures permeated with clear and gold holes. Bremers refers to these holes as "regular, random, fading or moving."

The sculptures represent the inner changes every individual faces, while at the same time adapting to changes that naturally occur in the surrounding environment. These changes vary in breadth and influence, but affect human life all the same.

"When we think about initiations, we mostly think about the big events that happen in our life: birth, death, graduations and so on," Bremers said. "But... I believe we often, even daily, go through small initiations, moments of contemplation, insights, the AHA's that feel like someone just switched on the light. That which gives us clarity into our own thoughts, feelings and relationships with ourselves and others; moments of spiritual growth."

Combined, the two series create a complex picture of the human pysche, both as its own entity and as a piece of a larger, ever-changing world.

"My work expresses a meeting of the profane and the celestial and everything in between," Bremers said. "This may sound pretentious but essentially it is a quest for a deeper understanding of who I am and who you are in this ever changing reality of our universe."