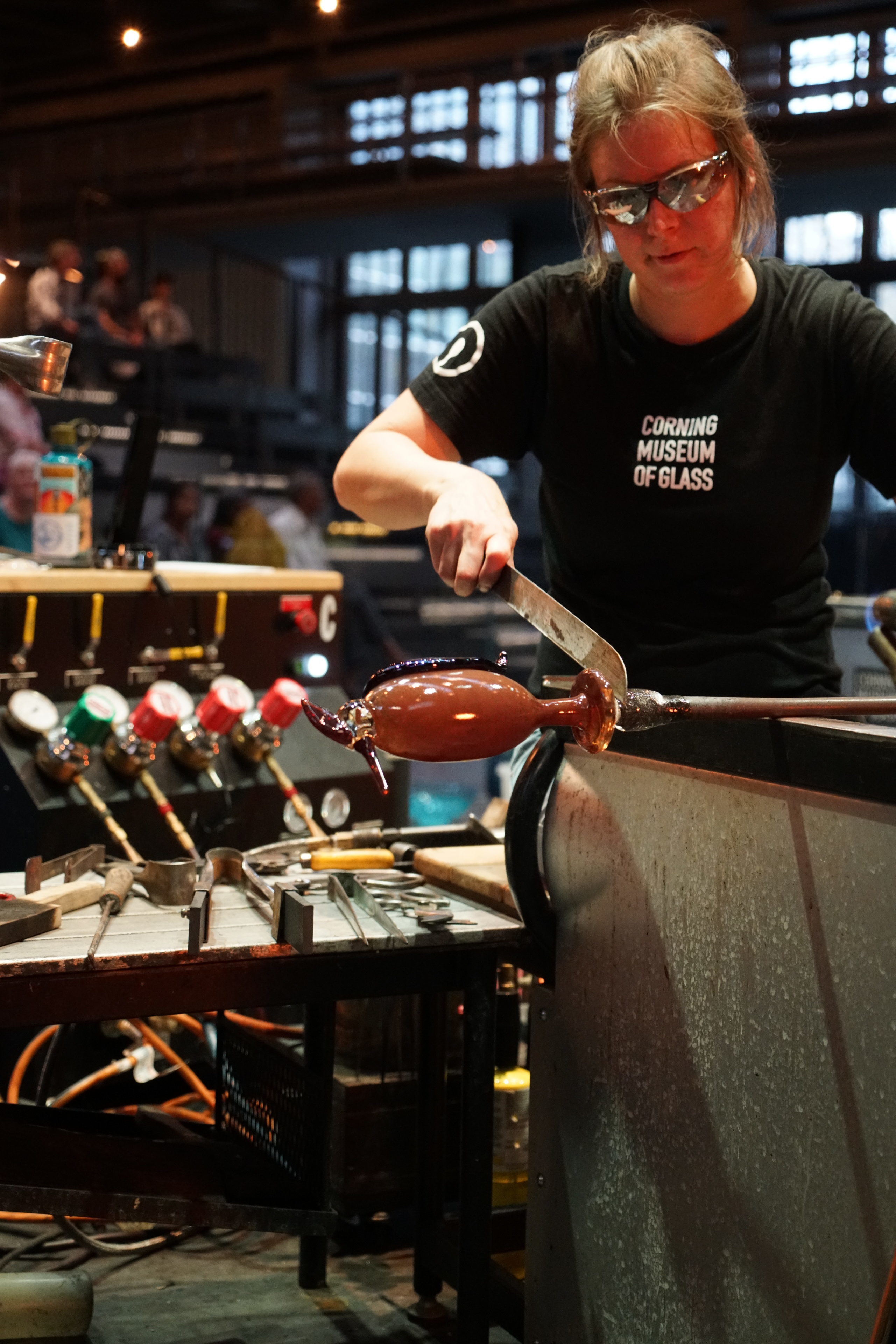 Toikka, famed for being a distinctive designer at Iitalla (started in 1881), is best known for his series of mouth-blown glass birds which he began creating in 1972 and continued to so until his death in 2019. Exclusive to the Corning museum this year, Oiva’s birds will be produced in tandem by the Saariko brothers who will be working separately during the demonstrations, allowing for double the number of birds to be created. Using over 50 different colors, the Saarikos will be creating birds that are currently not in production, giving audiences access to one of a kind pieces that cannot be found anywhere else. The demonstrations will also be narrated, providing a detailed and accessible experience for all hotshop-goers.

Running from 10:00 AM to 4:00 PM each day with an hour break at noon, the demonstrations will be open to the public. The night of the 14th will end with an Evening for Collectors that will feature a panel discussion on Toikka’s legacy, a chance to mingle with other collectors at a cocktail reception, and early access to purchasing the birds created during the week.

The collector’s event will only be open to guests who RSVP online - they will also gain VIP access to amphitheater seating during the week. Birds will continue to be sold on the 16th after demonstrations are over.