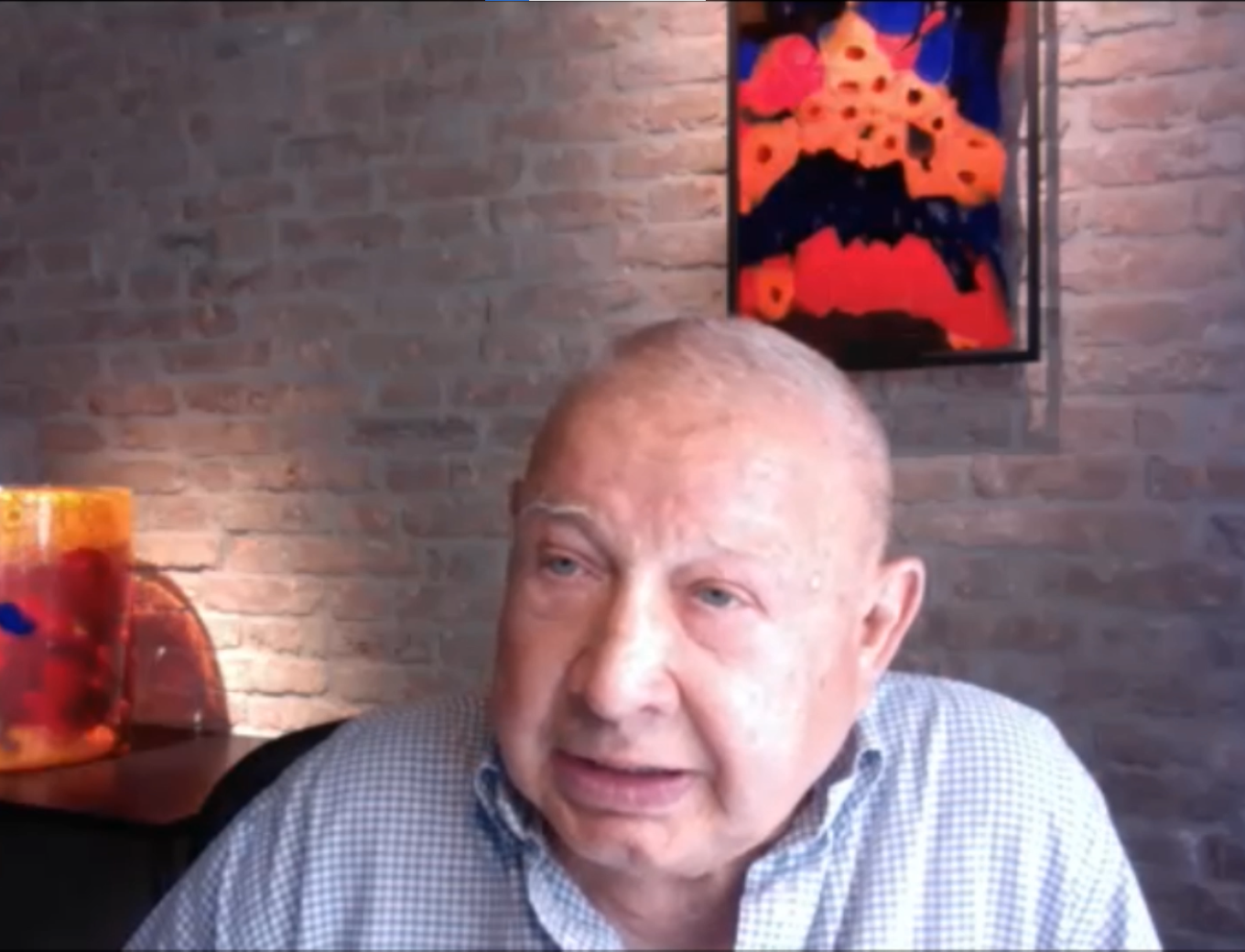 Taking what he considers "the hardest and most important decision" of his life, glass maestro Lino Tagliapietra has announced his official retirement from glassblowing today. Citing the challenges of manual work at the furnace as he approaches his 87th birthday on August 10, the man widely acknowledged as the greatest glassblower in the world will put away his tools for the last time.

As he told Glass Quarterly Hot Sheet in an exclusive interview: "In Murano, we have one kind of expression in Venetian dialect: El ga messo e borsee in armaron, which means 'I put the jacks in the locker.' People who retire from boxing, we say they put the gloves back. For me, I put the jacks back in the locker." (The full in-depth interview with Lino will appear in the Fall 2021 edition of Glass [#164], on newsstands on September 1st. Subscribe here.)

Expressing a deep gratitude for the many friendships made along his 75-year journey from 10-year-old glasshouse apprentice in Murano to the Promethean figure who came to share the true Venetian techniques with Americans and changed glassblowing forever, Lino is looking to continue to teach new generations and inspire their passion for glass.

This passion that has sustained him for his long and illustrious career in which he has gone from glasshouse worker to designer to full-fledged sculptor is not over. Lino is planning to continue to teach, and he is puting the finishing touches on new large-scale panels, which he had been experimenting with for years by fusing large-scale glass murrini into glass paintings.

This fall, he will unveil an entirely new way of joining the elements in his panels -- by leading, as is done in stained-glass windows. In this new series of panels entitled the "Dream of a Long Winter" and made in Murano, where Lino spent the majority of the pandemic, his blown forms have been slumped flat and large-scale murrini are joined using substantial lead lines that add to the panels' intricate compositions.

Asked about whether his stepping back from working at the furnace might affect Lino's legendary love of cooking for large groups of glass artists and collectors after a session in the studio, he answered with humor. "After one year of not going to restaurants, I need to go out to eat! After at least 30 meals out, then maybe I'll cook one time. But now, with the pandemic, we need fresh air  and we need at one point not to cook!"

Editor's Note: In addition to his extraordinary career as an artist, Lino Tagliapietra has found time to serve on the board of UrbanGlass, the nonprofit art center that publishes the Glass Quarterly Hot Sheet, and he has been a generous supporter of its efforts since 2005.