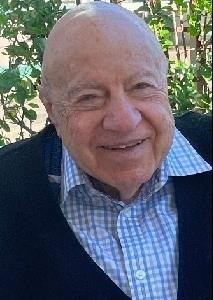 Co-founder of the Greenberg, Dauber, Epstein, & Tucker law firm, Epstein was known to many as an accomplished tax and estate planning lawyer, and was frequently chosen as one of "The Best Lawyers in America" by his peers. He is credited as the creator of the Employee Stock Ownership Plan (ESOP), a model adopted by the IRS throughout the country. He also served on multiple state bar exam committees and taught as a lecturer of legal education.

To the MCGG, Epstein was a founder, leader, organizer, and advisor of all affairs. Current president Fred Sanders reminisced about his time with Epstein in a letter about Epstein's passing, calling him "a superstar in the world of glass art who contributed his time, passion, and expertise to so many important organizations and institutions. But, most important for MCGG, he was our very own superstar! Every one of our members who  knew him loved him. On a personal level, I was proud to call Stan my friend.” From planning weekend glass trips and nominating committees to advising his successors in the role of president, Epstein remained a cornerstone of the NYC glass community until the very end.

Epstein married his high school sweetheart, Rhoda, who died in 2019, and is survived by his children Debbie, Karen, and David, who composed his obituary, writing “Stan -- Dad, to us -- will be remembered for his outsize intellect, his ability to give guidance and wisdom, and his huge heart. In the professional realm, and in his personal life, he was a natural counselor and mentor. We are grateful for his example and his devotion, and we will always carry both with us.” He is also survived by his sister. Gloria, and his grandchildren, Alex, Daniel, Jodie, and Jamie.

Epstein’s family has specified that those who wish to honor his memory may donate to the Wheaton Arts and Cultural Center in New Jersey or the Metropolitan Opera. View Epstein's official obituary and donate in his name here.