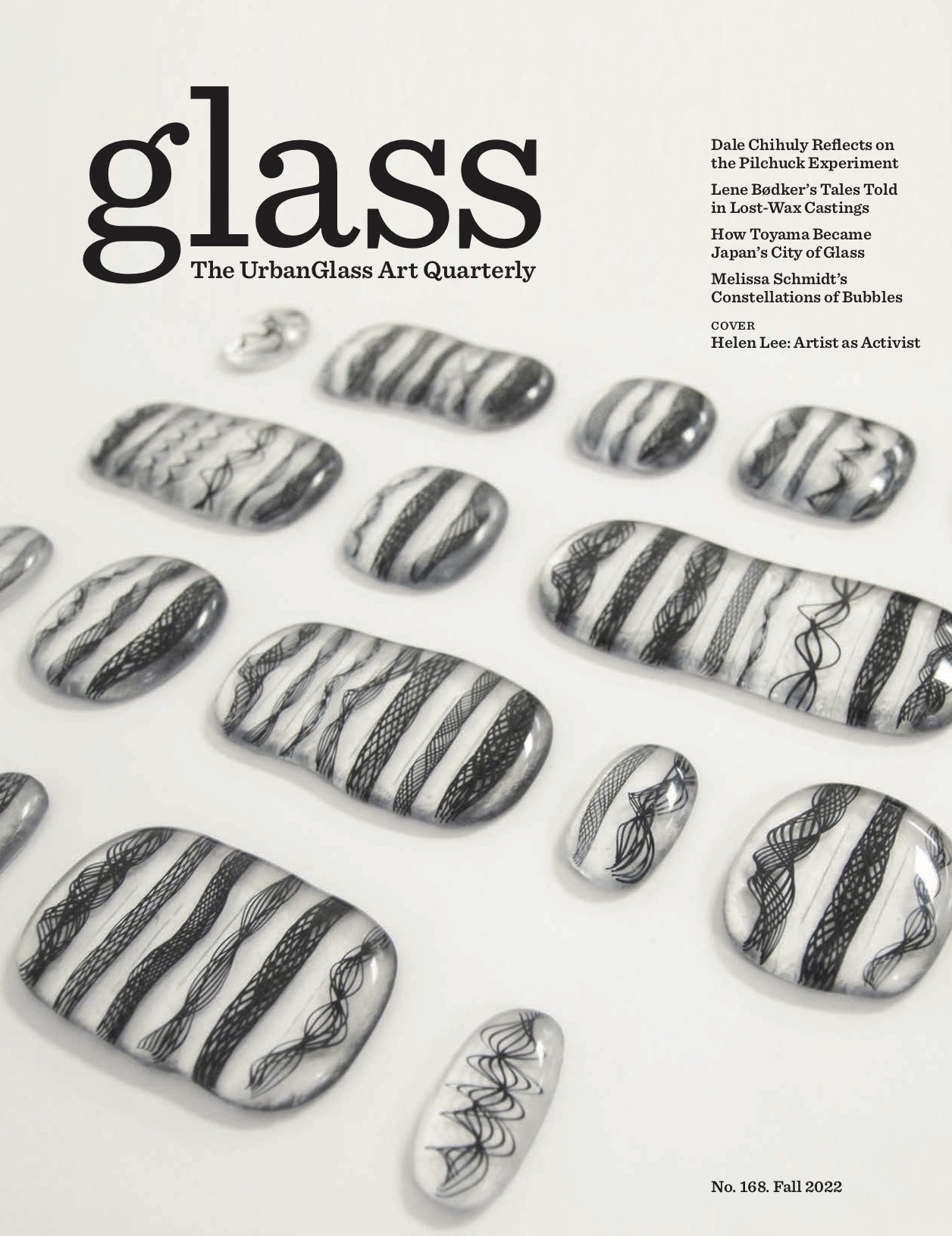 The Fall 2022 edition of Glass: The UrbanGlass Art Quarterly (#168) is arriving in subscriber mailboxes and on newsstands. On the cover is a detail of a work by Helen Lee entitled Like Clockwork (2015), appropriate for the cover article entitled "Multilingualism" because it's language. The work's glass cane patterns signify letters of an alphabet used to spell out a poem about the artist and her parents. The cane also references the chromosomal helices by which DNA passes genetic code through generations. This work, like all of Lee's artwork functions on multiple levels, often wrapping science together with emotional poignancy, and the blending of languages is second nature to this artist, who is also head of the glass program at the University of Washington, Madison. The cover article explores how Lee's art practice intersects with her career as an educator (she's also the founder and driving force behind the GEEX online ed forum), as well as a prominent advocate for economic and social justice causes. As article author Jennifer Hand explains in her article, "Instead of seeing each of these iterations as distinct aspects of Lee's practice, one need only look at the development of her artistic career to see how each facet informs and enriches the others." 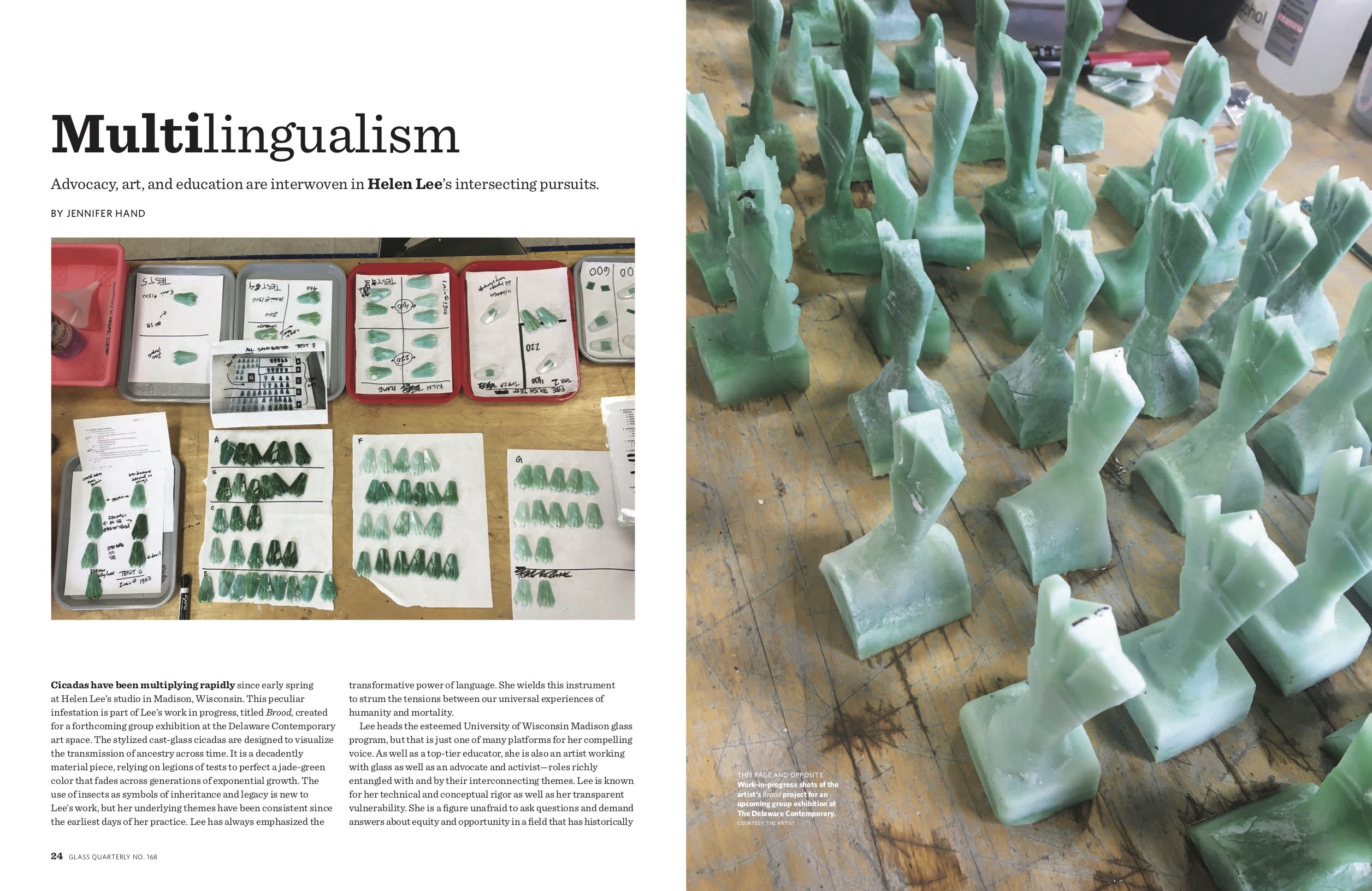 In honor of the 50th anniversary of the founding of Pilchuck, we present an in-depth interview with one of its founders, Dale Chihuly, who launched this now-iconic art center in the middle of a Washington-state forest as an investigation into non-traditional ways of teaching and alternative lifestyles. It was 1971, a time when fresh starts were in high demand as disillusionment with the Vietnam War had inspired broad political activism and many were inspired to join the Back to the Land movement.

Chihuly recalls that era as "an exciting time of creativity and experimentation. We were all trying new things, testing ourselves and the material to see what could be accomplished." But a few years into the experiment, Chihuly felt he had to reassert the primacy of glass art, and laid the foundations for the beloved school with an international following.

Danish artist Lene Bødker's cast-glass work is rich with Symbolism and textured surfaces, the latter of which is evidence of her ceramics training and decades of perfecting lost-wax casting techniques. Glass contributing editor Emma Park writes that Bødker views the act of making "as a form of meditation."

For the third installment of our "Glass Around the World" series of articles in honor of 2022 being designated the International Year of Glass, the magazine's managing editor Sadia Tasnim discovered that new directions for Japanese glass art are being forged in Toyama, the country’s self-proclaimed “City of Glass” and home to a world-class art education program, an international glass museum with a triennial competition, and subsidized glass studios that have brought the country’s largest concentration of glass artists to this city on the western coast of Japan.

All this, plus reviews, news, and an illuminating essay by multimedia artist Rachel Owens on using glass to explore history and representation.