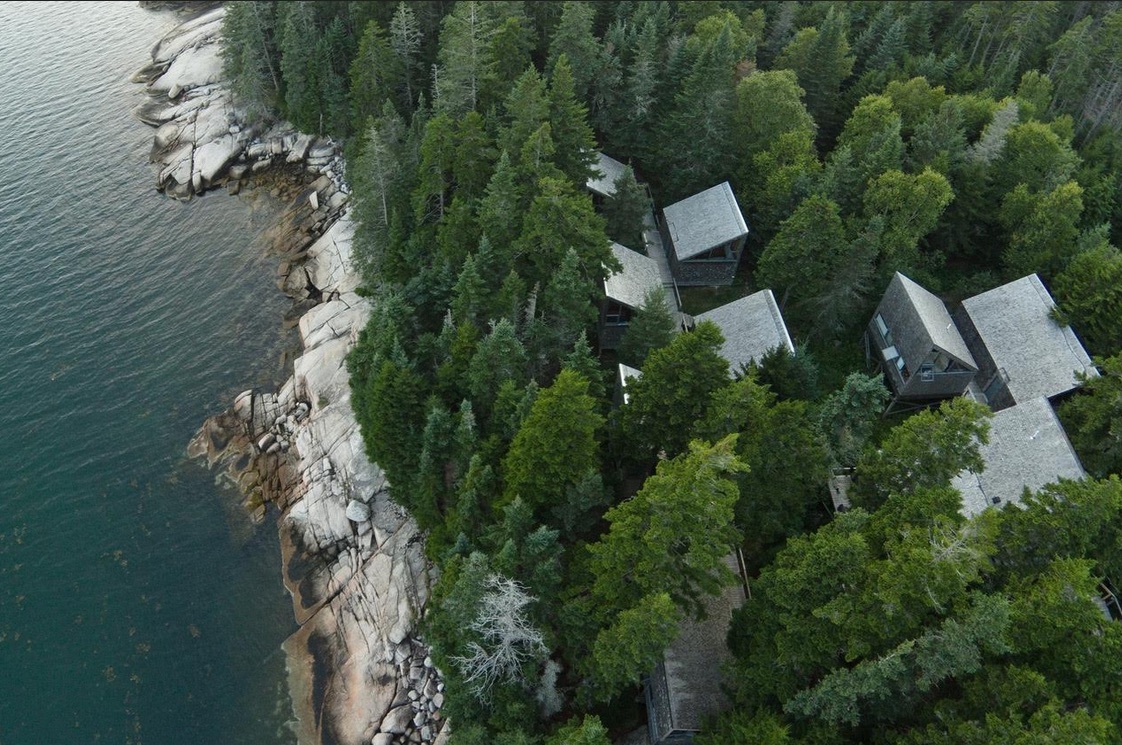 An aerial view of the Haystack Mountain School of Crafts, the buildings nestled in the trees and overlooking the Atlantic ocean.

An architectural landmark perched on a granite cliff on Deer Island, Maine, the Haystack Mountain School of Crafts has played an outsize role in the history of glass art, hosting classes and workshops by Harvey Littleton in the early stages of Studio Glass. Dale Chihuly both studied and taught here, and clearly was inspired by the dramatic and rugged surroundings to start Pilchuck in the forests of Washington state. Added to the National Register of Historic Places in 2006, the Haystack campus was designed in 1960 by noted architect Edward Larrabee Barnes. Using local materials such as cedar shingles, and with an extensive wooden walkway fostering a sense of connection, the design won the Twenty Five Year Award from the American Institute of Architects in 1994, a rare honor shared by less than 50 buildings. Recognizing both the importance and the challenge of preserving the landmark campus in a wind-swept coastal environment, Haystack was recently gifted a $4-million grant by the Windgate Foundation. The largest gift in the school's history, the money will be "permanently restricted, generating operating support of the ongoing preservation" of the unique Haystack campus, according to the official announcement of the gift.