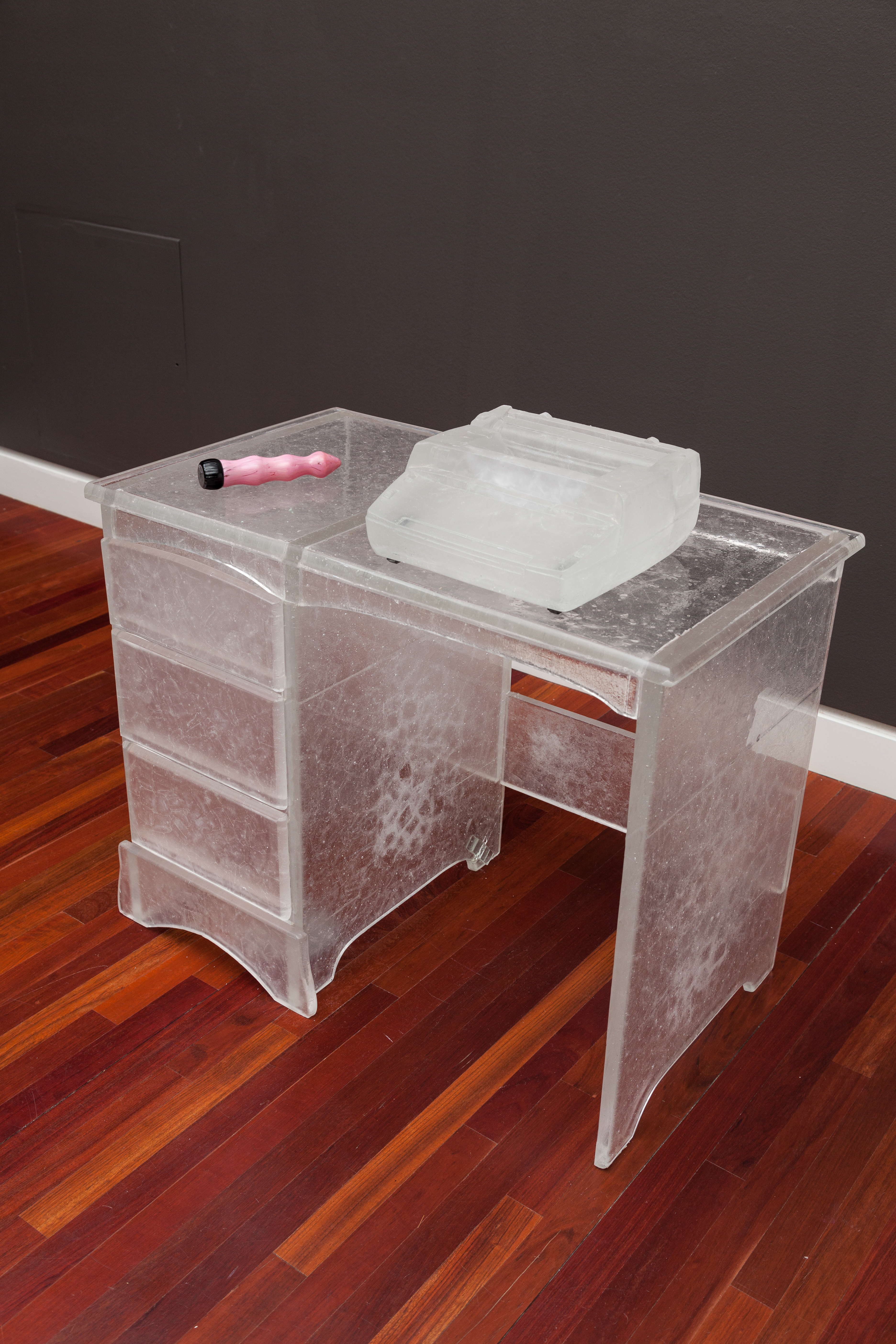 Does creating artwork that depicts unique personal history run the risk of limiting its accessibility to viewers? This is a question raised by a provocative exhibition by artist and educator Steven Durow, whose museum exhibition in Colorado includes glass installations that explore the artist's childhood exposure to highly inappropriate, sexually-explicit material by his parents. Durow says this is the first time in his 20-year career as an artist that he delves into his personal history. The opportunity came in his exhibition “Heartland,” which is on view at the Colorado Springs Fine Art Center at Colorado College through February 11, 2018. With the encouragement of the modern and contemporary curator of the college art museum, he has created a body of work that uses glass and other media to offer specific testimony to the abuse he suffered during his developmental years.

Colorado Springs modern and contemporary curator Joy Armstrong advocated for Durow to debut such a solo exhibit for years, after being fascinated with his unique artistic process— “each object experimentally inspired and created by unusual means, eschewing the standard expectation of glass blowing,” she writes in the exhibition catalog. In an email exchange with the GLASS Quarterly Hot Sheet, Durow says it wasn’t a therapeutic experience at first, but rather a personal reckoning with his childhood as he matured as an artist.

As explicit as each scenario is, Durow says he refrained from direct engagement, and glass as a medium was well suited to presenting the subject matter without it being direct. He says the work is peppered with just enough information so that if the viewer looked closely, they'd see what it was really about.

Not every piece immortalizes an instance of trauma. Durow calls “Monument to Childhood” the heart of the exhibit. It's inspired by his memory of climbing his grandfather’s tractor tire as a small boy, and the identical one he's hung for his son in his own yard today. He says he realized the tire’s symbolic significance after looking out his kitchen window, thinking about how much different his childhood was than what his son has experienced. He calls his grandparents the “saving grace of his life,” a refreshing, hopeful reference to his experience as a kid. Durow acknowledges that both the positive, allowed by his grandparents, and negative aspects of his childhood formed the person he is, and that this body of work was “a way to have that dialogue and look honestly about the complicated nature of how we become who we are.”

Durow concludes on the relevance of “Monument to Childhood” by revealing that the work is “the link between the boy that [he] was, the life [he] was thrown into, and the father and teacher he's grown into.” The hopeful highlight is central to the exhibit.

The artist strategically chose the material he used to memorialize his experiences as well.

“The reason I wanted to use cast glass is because it is a perfect metaphor for these things in our life like memory that seems ephemeral, but have weight and mass and have an impact on us every day. We are constantly bombarded by our histories pressing against our backs, propelling us forward. I wanted this work to be imposing, monumental, physically massive but visually light to reflect that idea.”

Durow presents dense subject matter both literally and figuratively in this exhibit, creating an impressively cohesive theme. He also shares that not every viewer of the work has understood its specific references, or the subject matter hasn't resonated universally.

"Many viewers skipped right over the image of me with a cracked lip or black eyes and assumed the beautiful woman in red was my mother, not Linda Lovelace. They missed all the references to sex in The Home Visit, and even the glaringly obvious reference in Mother's desk escaped their notice. Many others however did get the work and it affected them deeply. I've had many people come up to me and share their stories in person, I've received several messages and letters from people who have been greatly affected by the work. It has been humbling to have my story touch people in such a meaningful way and I'm so grateful that people have found a connection to the work. And it's sparked a lot of conversations with my students about how much they should or should not tell their personal stories in their work."

Durow came to conclusions about each controversial topic surrounding the exhibit. He reasserts that this work was not intended to be a form of therapy for him or for the viewers, but a public acknowledgement that their private experiences aren't unique. From the artist's perspective, the work's success doesn't hinge on its effectiveness as therapy or that every viewer can relate, since Durow feels strongly that watering down content for the sake of accessibility isn't truly making art. He encourages his students to make their art in the form of a novel versus a diary, meant to be read by others instead of being solely self-involved.

In the exhibit’s catalog, curator Joy Armstrong says it is “the artist’s story but you may find it is your story, too.” The inspiration for and exhibition of such deeply personal yet publicly displayed work raises the question of whether both qualities can coexist. “Heartland” is Steven Durow saying they can.