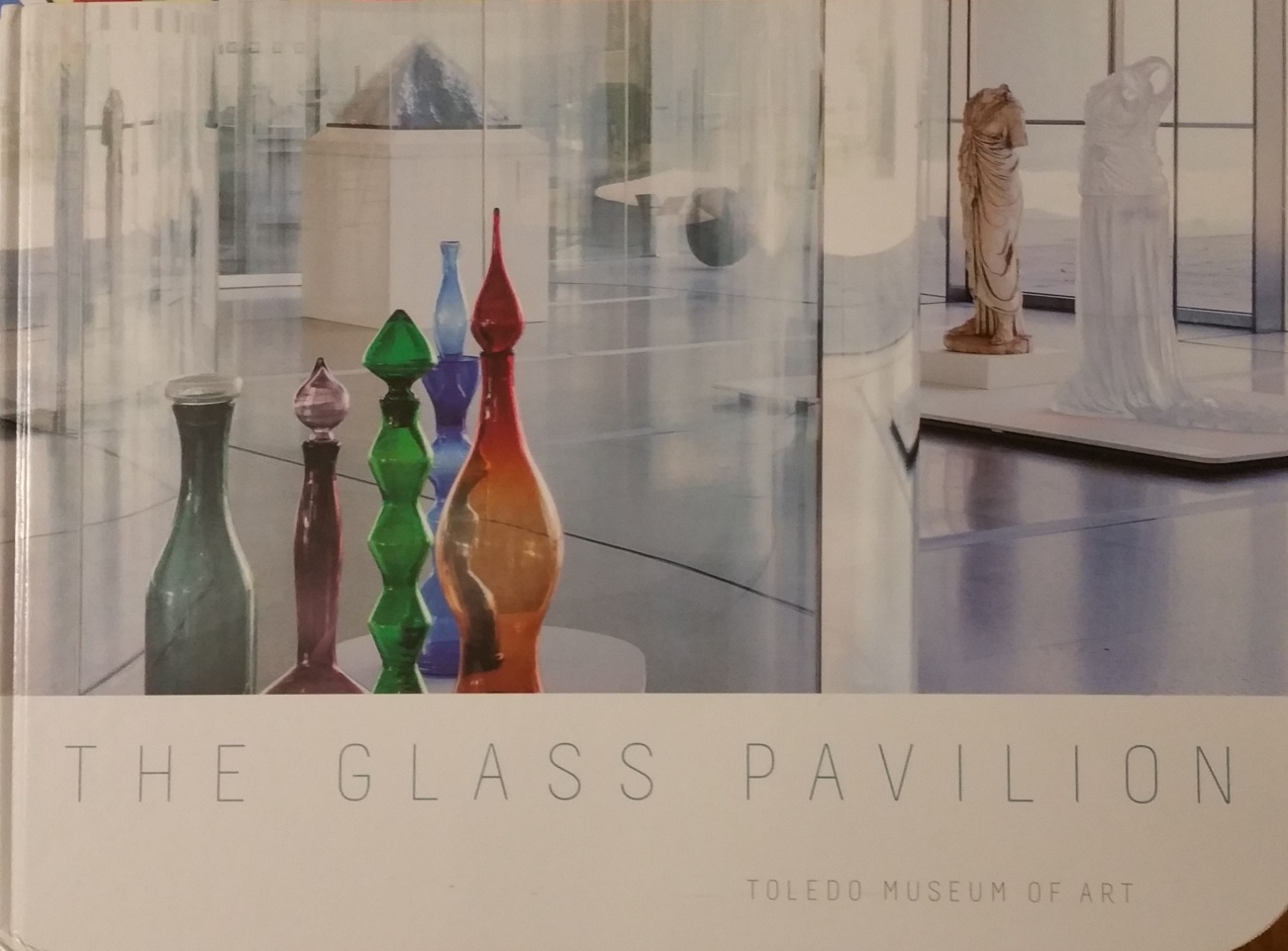 The opaque steel walls of the flameworking studio at the Toledo Museum of Art Glass Pavilion include a wide picture window that allows the public to view its activities through the exterior walls. photo: © floto + warner studio

With an unusual curved corner that echoes the rounded-glass-wall architecture of its subject, a new hardcover book entitled simply The Glass Pavilion ($44.95) is a 144-page love letter to the The Toledo Museum of Art's eye-catching annex designed by the Prizker Prize-winning Japanese architecture firm SANAA. Featured on the cover of GLASS magazine when it opened in 2006, the Glass Pavilion added 76,000 square feet of ethereal exhibition space and a state-of-the-art working glass studio to the 100-year-old museum. The museum wanted to make sure the new building devoted to art would be architecturally significant as would befit a facility dedicated to the same material on which museum founder Edward Drummond Libbey built his industrial empire. It was also at the Toledo Museum that Harvey Littleton held his famous 1962 workshop that many consider the birth of Studio Glass. 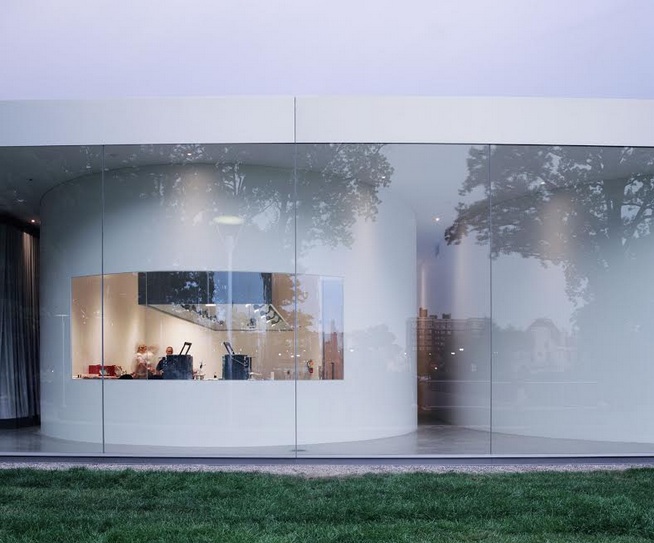 The new book features essays by TMA glass curator Jutta-Annette Page, retired professor and TMA consulting curator Richard H. Putney, and architect and director of the Bowling Green State University School of Art Katerina Ruedi Ray. Putney chronicles the pavilions evolution from an idea of TMA director David Steadman who saw the need for a larger exhibition venue for the significant glass collection. Steadman's successor as director Roger Berkowitz initiated an aggressive capital campaign and formed a committee to pick the architect with the assistance of Bill N. Lacy, a distinguished architect and director of the Pritzker Prize. With international travel to visit the finalist architects, the museum hired SANAA's principal architects Kazuyo Sejima and Ryue Nishizawa, who began designing the project in 2000. 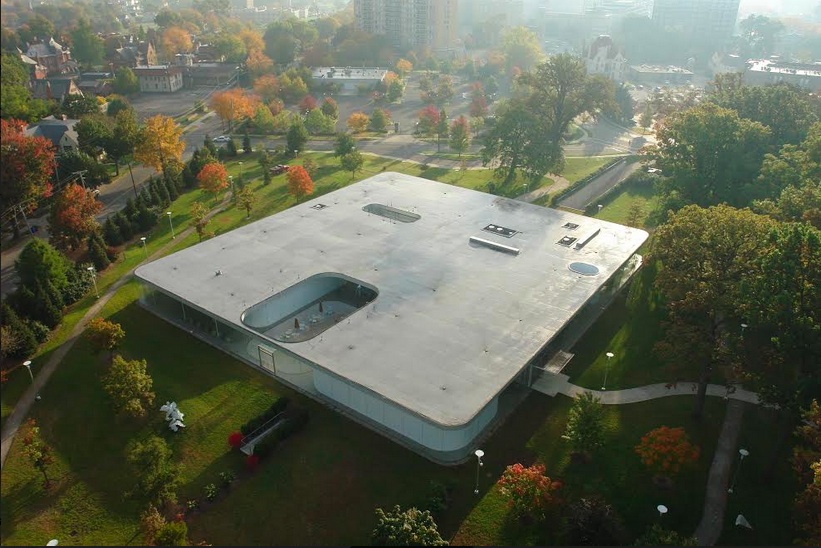 While the Toledo Glass Pavilion prefigured the Chrysler Museum of Art's successful Glass Studio, that brought new audiences into the museum, it also represents a contrast in approach to The Corning Museum of Glass, which opened its Contemporary Art and Design wing in 2015. Though designed to flood the galleries with overhead natural light, the Corning wing's architect Thomas Phifer consciously avoided using glass walls to better control the light and avoid the issue of bright backlighting. Writing in the new book, Ruedi Ray points out the difference in approach. She writes: "There is no other glass museum besides Toledo's that houses 'glass in glass,' or pursues the idea of transparency with such discipline and—at the same time—delight."

The book is richly illustrated with views of the interior and exterior of the glass pavilion from every conceivable angle. The photos that don't go to the edge of the page are often given a single curved corner, as if there weren't already enough curves in the photographs themselves. These small design flourishes add a playful touch to the book's otherwise sober, reverent, and scholarly approach, written seemingly for museum trustees, architectural thinkers, and the larger world of museum discourse. It's a fitting way to celebrate the 10-year anniversary of a shrine to glass art that so sensitively brings the sculptural powers of glass to the architectural realm.

Copies can be ordered from the Toledo Museum of Art store.