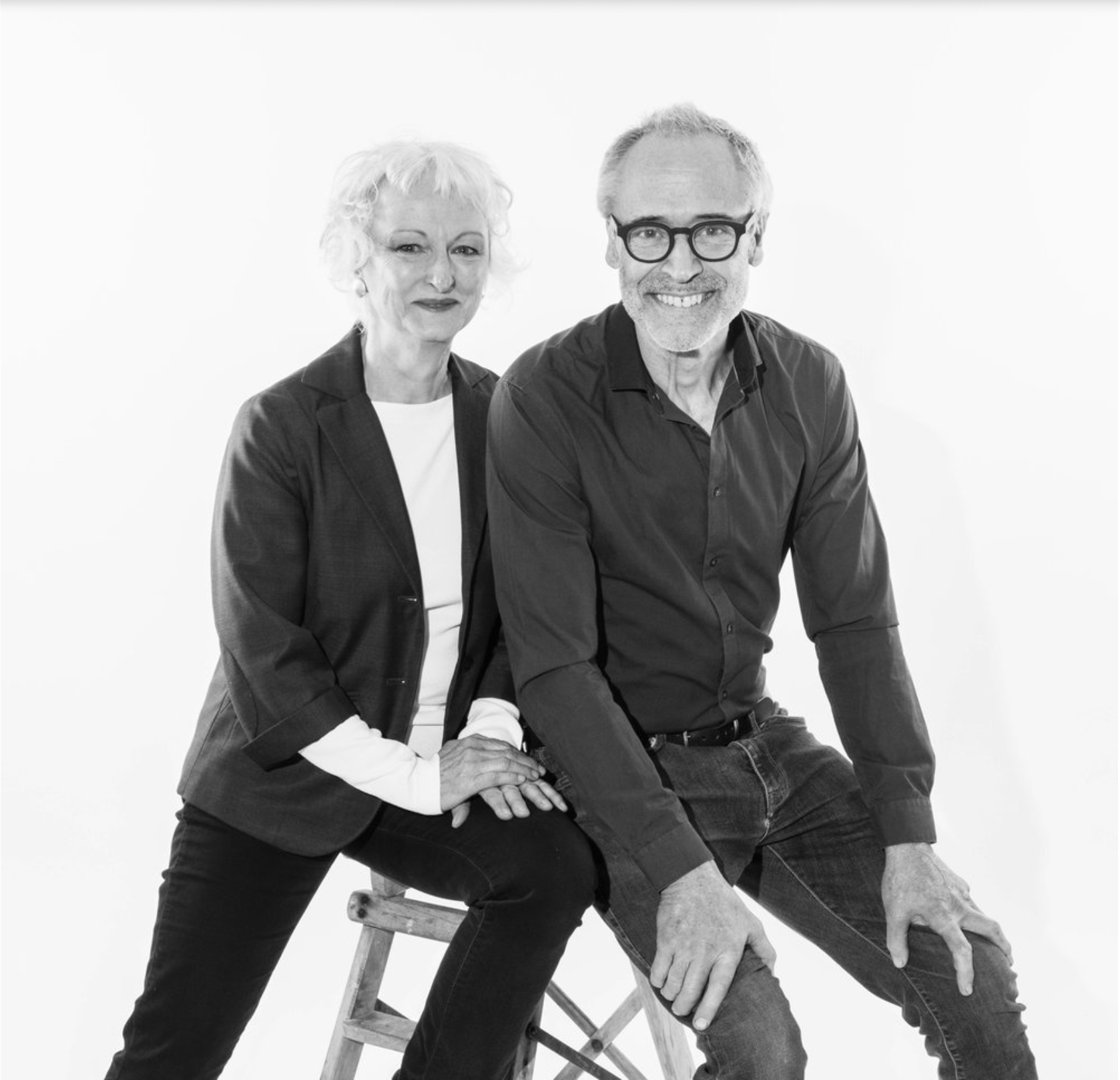 Schantz Galleries in Stockbridge, Massachusetts celebrates the work of the prolific glass artists Philip Baldwin (1947) and Monica Guggisberg (1955) in the by-appointment-only exhibition “Creative Journeys” which will remain on view through August 30th. The couple are a critically acclaimed duo who've been collaborating for over 40 years. A fateful encounter between two students at the Orrefors Glass School in Sweden in 1979 turned into a romantic and then a professional relationship bonded by a common passion for glass art. In 1981, Baldwin and Guggisberg became a team and established their first glass studio in Switzerland with a focus on producing functional design objects for everyday use. In 2001, they moved to Paris to further engage with the glass community by collaborating with Steuben in the U.S., Rosenthal in Germany, and Murano in Italy. In 2015, the couple left for rural Wales where they established a new workshop on a countryside farm where they continue to work on the new projects today.

The exhibition at Schantz is an ongoing exploration of the medium. By breaking away from classical interpretations of form and color in their work, Baldwin and Guggisberg traverse the exuberance and distillation of glass medium. The show highlights the exquisite glassmaking techniques: incalmo, based on the Medieval Islamic technique of the joining of two blown pieces while hot, and Italian battuto cutting, which uses a grinding wheel to mark the glass creating the beaten texture. “We came to Italian cutting techniques because we felt we had discovered a new way to expand dramatically on what we were already doing - using sandblasting as a way to cut through layers of color to create new and originally inspired patterns and ideas,” shared Baldwin and Guggisberg in their artists’ statement. Moreover, for the first time, the artists showcase the Swedish overlay technique in their Novae Species series, using a special cutting method through multiple layers of color in the body of glass sculptures. Baldwin and Guggisberg work toward creating a balance between forms, colors, and textures in their complex, yet elegant compositions. While preserving the tradition of glassmaking, creators consult contemporary issues of globalization, ultimately embracing the evolution of form and its meaning.

The union between two glassmakers led to fertile collaborations, giving birth to the internationally recognized glass projects. Under the Equal Sky, the sensational series of site-specific installations at Canterbury Cathedral in 2018, was dedicated to a 100th years anniversary since the end of World War I and the beginning of armistice. In the installation, Baldwin and Guggisberg discussed the lingering consequences of war in today’s society, particularly addressing the issues of the refugee crisis. Their major display featured a centerpiece consisting of glass amphoras forming a boat shape suspended above the nave. By integrating the symbolism of boats and empty vessels, signifying the crossing of cultures and language barriers, the glassmakers provoke a thoughtful discussion, asking if humanity has learned from the global conflicts of the past.

In theSpring 2019 edition of Glass (#154), a glass artist and educator based in the U.K.’s National Glass Center at the University of Sunderland Jeffrey Sarmiento remarked about Baldwin and Guggisberg installation: "In the context of Canterbury Cathedral, the hundreds of vessels in this body of work take on an anthropomorphic quality. Through their placement in particularly resonant locations, transport and pilgrimage are linked. They manage to embody both the refugee crises of the past century and burning issues in current world politics.” However, this is just one of many principle commissions the couple has worked on.

The artists continue to explore the theme of the current global political and environmental challenges in their ongoing museum exhibitions “Walking in the Void” at Glasmuseet Ebeltoft in Denmark as well as “Creative Journeys” in Schantz Galleries in Stockbridge, Massachusetts. “Philip and Monica were able to work during the pandemic at their studio in Wales to complete much of this new body of work, resulting in some very energized, inspired works,” Jim Schantz, a co-owner of Schantz Galleries Contemporary Glass, told GLASS Quarterly Hot Sheet in the email interview. The pieces for the exhibition were chosen from the two exquisite series of free-standing sculptures, the Novae Species and Monolithi Humanae. The textured facets of abstract glass forms allude to the essence of human personalities in brightly colored Novae Species. In the description of the series found on the artists’ website, Baldwin and Guggisberg suggest the connotation behind Novae Species, “A series whose shapes draw on an older history and tradition, while playing with light and attenuated lines. These works address the search for finding the right balance between society and individuals, as expressed in their creativity of form, as well as through their strength as a group.” The glass arrangements guided by precise linework and alternating color scheme not only represent unique design objects but also stand for the myriad of ideas, opening a dialogue between the artists and a viewer. The Monolithi Humanae series contains a different substance in its meaning and form, “Abstract sampling of our species in many guises, with personality traits writ large and small and in between. They form part of our human drama in both its extravagance as well as its sobriety,” the artists specified in the description. Organic forms of Monolithi compose counterbalanced abstract compositions colored in matte crimson and black hues charged with somber, reserved energy.

One of the exhibition highlights, Multicultural Celebration, is a work from Novae Species. The sculpture also belongs to the Boat series featuring a continued motif of clustered urns concentrated in narrow vessels. “The Boat series is an expression of the literal and metaphorical vessels that circulate, and over time gradually transform into artefacts, accruing and forming layers of memory of our past exploits,” the artists remarked in the description. The sculpture features abstract golden and blue glass forms compiled in a metal vessel. The interplay between light and shadow instills optical effects in the work due to the transparency of glass interacting with the hefty metal structure.

In the exhibition catalog foreword, Baldwin and Guggisberg noted, “The exhibition with Schantz Galleries is a chance for us to return to the intimate expression within our oeuvre and life's work,” they continued, “ individual blown and cut objects, deeply respectful of a long and magnificent tradition in craftsmanship and beauty, which we have always tried to respect and honor, even as our larger body of work is increasingly socially motivated in the context of our times.”