Kris Rumman is a Palestinian-American artist who creates sculpture, performance, and installations that act as impermanent fugitives. Appearing as temporary inhabitants and curious students of its visitors, her work often uses mirror and reflection to track, survaile, guide, and comply with its witnesses. Captivated by the materials of architecture, power (authority) and chance (Inshallah), her work is migratory, situationally responsive, and inextricably linked to the geopolitics where she lives.

Rumman has received international awards and grants, including support from The Velocity Fund through Temple Contemporary and The Andy Warhol Foundation for the Visual Arts, The Laurie Wagman Prize in Glass, and recognition from the Glass Arts Society, naming her the 2019 Saxe Emerging Artist. Kris earned her MFA at Tyler School of Art at Temple University and her BFA from Bowling Green State University.

Most recently, Rumman has been awarded a collaboration with Pilkington NSG, a global glass manufacturer, to actualize her project Body_Building, which debuted in Fall 2021 at the Center for Visual Arts, the Toledo Museum of Art.

She currently lives and works in NYC. 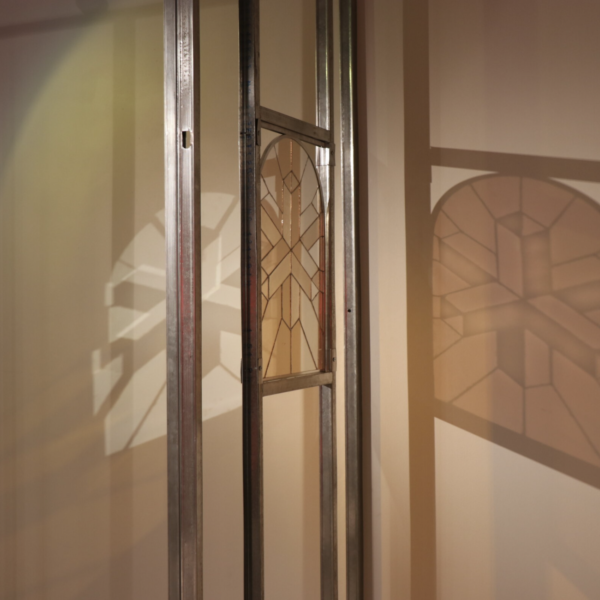